A federal judge on Friday rejected Ghislaine Maxwell’s push to have charges she trafficked sex abuse victims for Jeffrey Epstein dismissed in the wake of Bill Cosby’s sex assault conviction being overturned.

Maxwell’s lawyers had argued that she should be sprung from prison because like Cosby, she was immunized under a deal with prosecutors when she was charged.

The attorneys claimed that Maxwell was covered by a non-prosecution agreement that Epstein signed with federal prosecutors in Florida in 2007.

But Manhattan US District Judge Alison Nathan ruled that Epstein’s deal did not apply to Maxwell, because she did not make such an arrangement with prosecutors herself, unlike Cosby.

The disgraced comic was let out of prison in June after the Pennsylvania Supreme Court found a prosecutor’s decades-old agreement should have shielded him from being charged with sexual assault.

“Even if this Court agreed with the analysis in [Cosby’s case], that opinion sheds no light on the proper interpretation of the NPA in this case,” Nathan wrote.

The judge also dismissed Maxwell’s claim that prosecutors had waited too long to charge her with trafficking crimes that allegedly took place between 2001 and 2004. 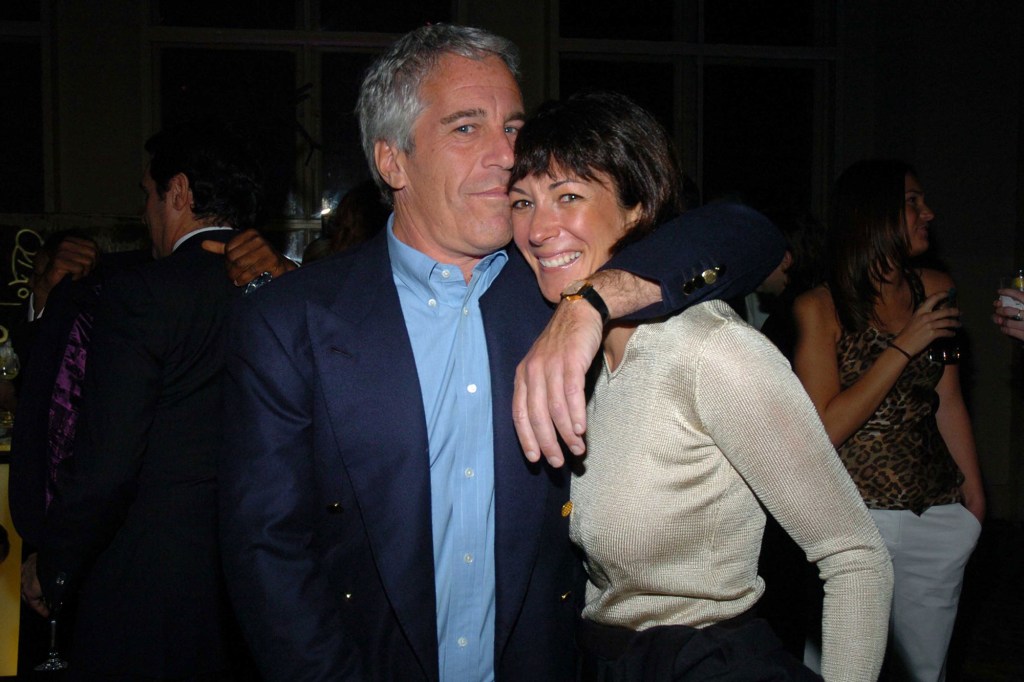 Ghislaine Maxwell (right), with Jeffrey Epstein, faces up to 80 years in prison if convicted of sex trafficking charges.Patrick McMullan via Getty Image

Maxwell also unsuccessfully argued it was unfair for prosecutors to use her testimony from a lawsuit filed by accuser Virginia Giuffre to build a criminal case.

The 59-year-old British socialite has pleaded not guilty to an eight-count indictment accusing her of grooming underage rape victims to the late financier. If convicted, she faces 80 years behind bars.

She is being held in a Brooklyn federal jail, across the river from the Manhattan detention center where Epstein killed himself in 2019.