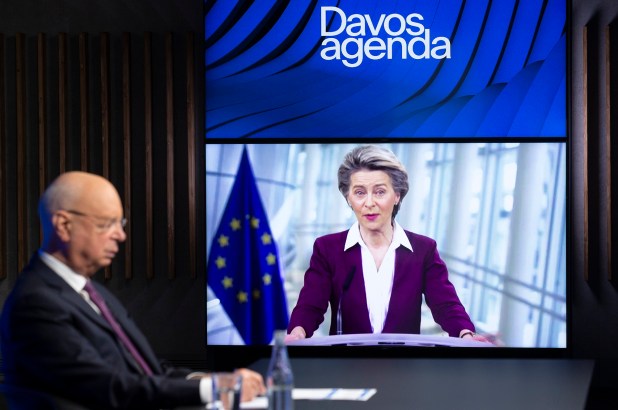 BRUSSELS — The European Union on Tuesday called on U.S. President Joe Biden to help draw up a common rule book to rein in the power of big tech companies like Facebook and Twitter and combat the spread of fake news that is eating away at Western democracies.

In a speech to the Davos World Economic Forum, European Commission President Ursula von der Leyen urged the Biden administration to join forces against “the darker sides of the digital world,” which she said was partly behind the “shock” storming of Capitol Hill on Jan. 6.

“The business model of online platforms has an impact and not only on free and fair competition, but also on our democracies, our security and on the quality of our information,” von der Leyen said. “That is why we need to contain this immense power of the big digital companies.”

The head of the EU’s executive body called on the White House to join the 27-nation bloc’s efforts, saying that “together, we could create a digital economy rule book that is valid worldwide,” and would encompass data protection, privacy rules and the security of critical infrastructure.

In December, the Commission proposed two new pieces of EU legislation to better protect consumers and their rights online, make tech platforms more accountable, and improve digital competition, building on the bloc’s data protection rules, which are among the most stringent in the world.

Von der Leyen said: “We want the platforms to be transparent about how their algorithms work. Because we cannot accept that decisions that have a far-reaching impact on our democracy are taken by computer programs alone.”

She said the EU wants the onus put on the tech giants, saying that “we want it clearly laid down that internet companies take responsibility for the manner in which they disseminate, promote and remove content.”

Von der Leyen also referred to the decision earlier this month by Facebook and Twitter to cut off President Donald Trump from their platforms for allegedly inciting the assault on the U.S. Capitol, an unprecedented step that underscored the immense power of tech giants to regulate speech.

“No matter how tempting it may have been for Twitter to switch off President Trump’s account, such serious interference with freedom of expression should not be based on company rules alone,” she said. “There needs to be a framework of laws for such far-reaching decisions.”

Ranking the 15 most fun athletes in sports

What bettors need to know about pop-up college football season