Democrat Eric Adams isn’t trying to beat Republican Curtis Sliwa in the mayoral general election in November — he’s gunning to blow him out of the water.

The retired NYPD captain-turned-pol has raised $2 million over the last 43 days, a war chest for what’s essentially a skirmish with a pre-ordained victor, his supporters told The Post.

Sliwa, by comparison, has garnered $200,000 in contributions.

Adams is seeking to win by a wide enough margin so that he can have a mandate to pursue his law-and-order agenda at a City Hall with a lefty legislature.

The Brooklyn beep raised the seven-figure sum by casting a wide net– hitting up both Democrats and Republicans from Queens to the Hamptons and Martha’s Vineyard—and keeping a brisk schedule of up to five events a day, sources said.

Ken Fisher, a politically connected real estate attorney, hosted a recent fundraiser for Adams at the Sky Bridge Terrace at 2 World Trade Center that brought in $50,000. 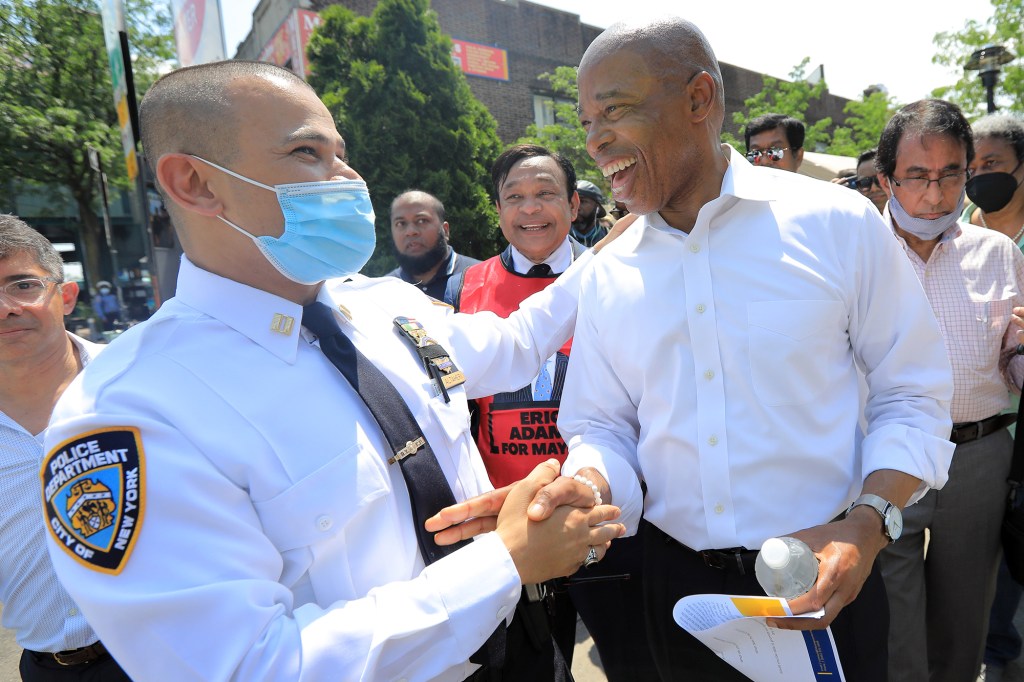 Eric Adams hit up both Democrats and Republicans from Queens to the Hamptons and Martha’s Vineyard for funding.James Messerschmidt

But the “larger reason” for filling his campaign coffers is a mayoral mandate.

“It’s an opportunity for him to go out and reinforce the narrative and the image that he wants to create for himself and to take advantage of the fact that he’s a hot commodity. People want to hear what he has to say,” Fisher said. 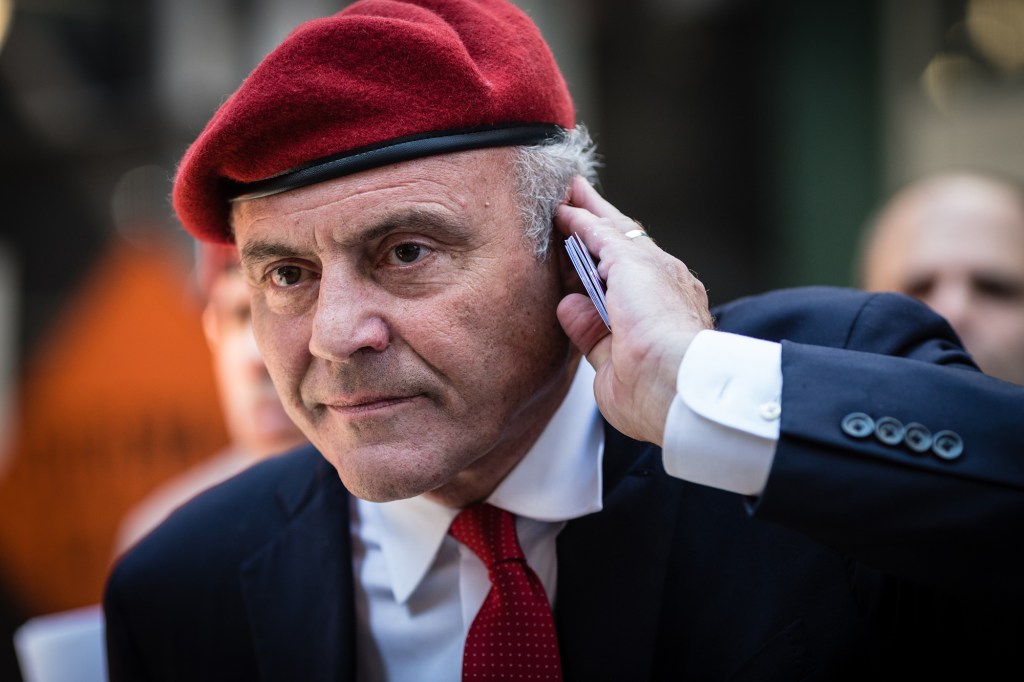 A top city fundraiser said Adams could pull off a general election victory with about $500,000.

But he’ll likely raise multiples of that — and spend it largely on TV and digital ads, according to campaign sources — because it’s not a heavy lift.

“People want to give you money. You’re the new mayor,” the veteran fundraiser said about the Democrat who is heavily favored to win the general election because his party outnumbers Republican voters in the city seven to one. 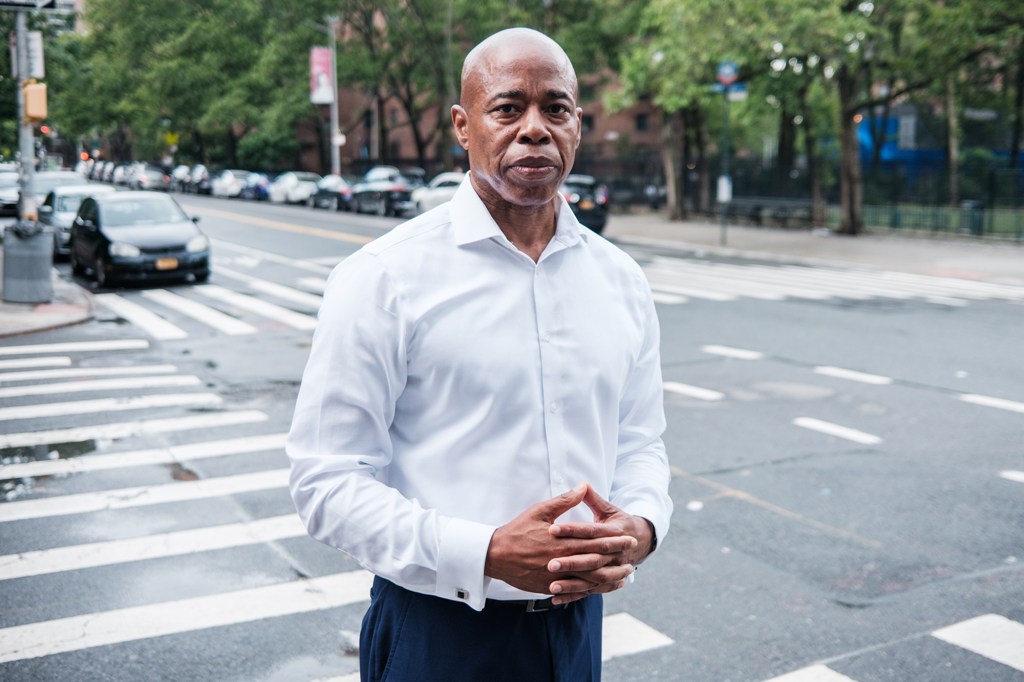 Eric Adams is seeking to win by a wide enough margin so that he can have a mandate to pursue his law-and-order agenda at a City Hall with a left-leaning legislature.Stephen Yang

“It’s a way to keep your supporters activated and to keep people engaged,” the fundraiser said about Adams’ courting of donors.

“It’s also a way to get all the people who didn’t support you to support,” he said.

Adams emerged from a crowded filed of Democrats to win the primary election in June by a slim margin against runner-up Kathryn Garcia, who served as Mayor de Blasio’s Department of Sanitation commissioner. 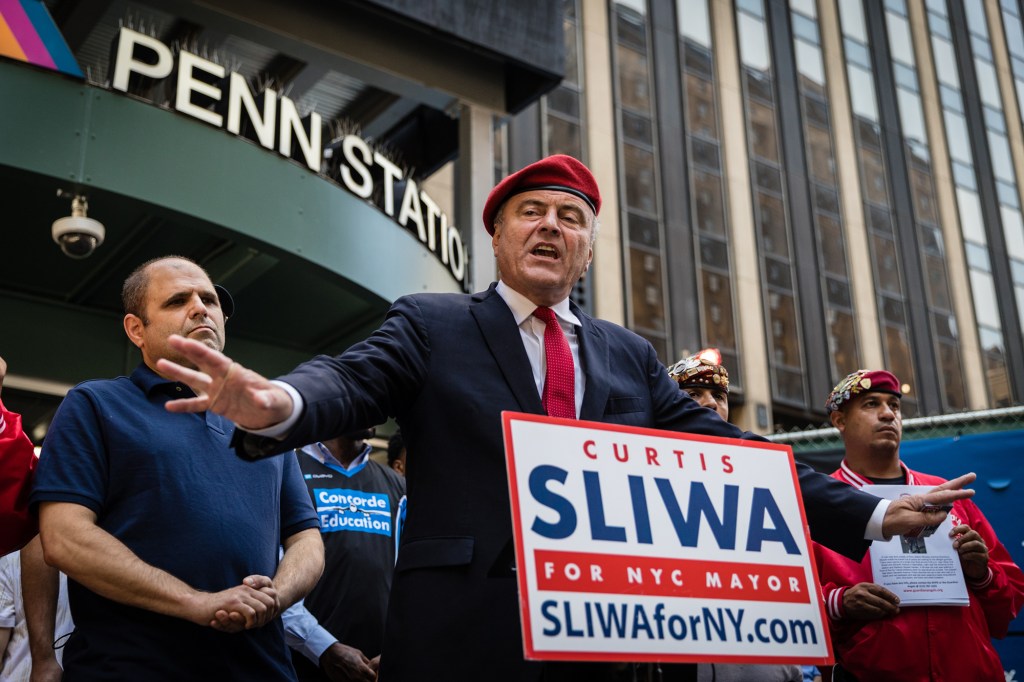 Billionaire supermarket mogul John Catsimatidis, who hosted a fundraiser in the Hamptons for Adams earlier this summer, says he hopes the mayoral nominee will use the excess cash to fund more moderate council members.

“If I was running for mayor and I was favored to win, I’d contribute to council people on my side to help govern the city. I think that’s the game plan, to make sure he has the right City Council that will demand law and order in the city,” the Republican businessman told The Post.

Adams has been quiet about the fundraising events where he’s rubbing elbows with one-percenters, as he tries to hold on to his self-styled image as a “blue-collar mayor.” 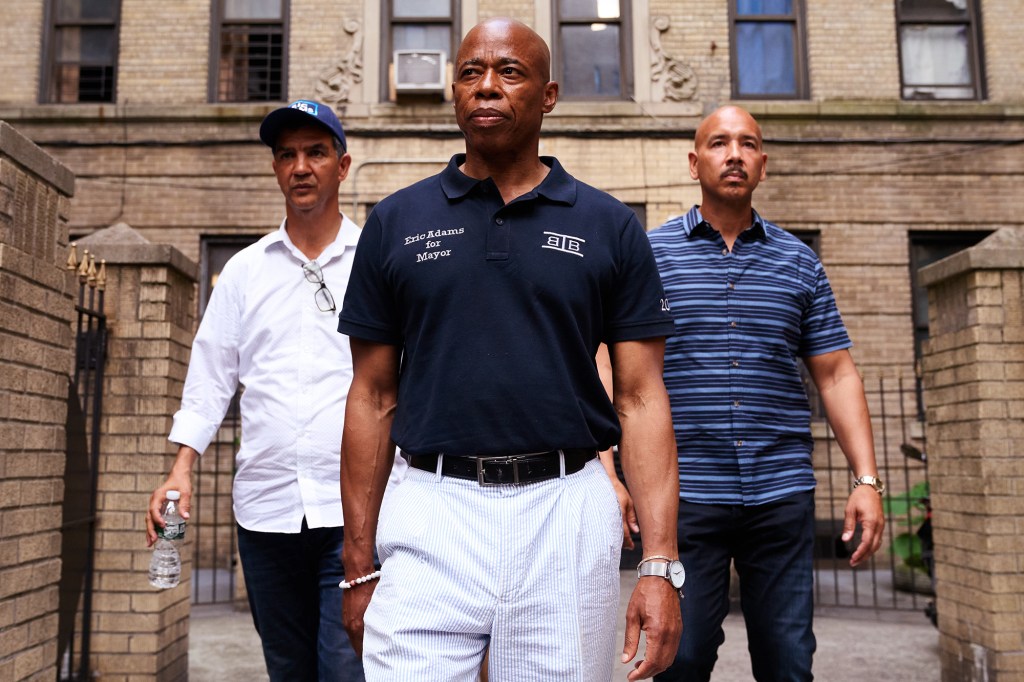 Eric Adams pushes his self-styled image as a “blue-collar mayor” as he attends fundraising events with the elite.James Keivom

Sliwa’s campaign manager Robert Hornak hit on the issue to draw a contrast to the Guardian Angels founder, who he says is instantly recognizable on city streets with his signature red beret.

“Curtis doesn’t really have to go up to the Hamptons and get wined and dined,” Hornak said.

“Going out with Curtis, you can see the energy that he generates from people in the street. People see him and run to him. It’s like walking down the street with Tom Cruise,” Hornak said.

Decomposed body found in back of car in Queens

Rockaways’ only hospital could turn into 15-bed ‘micro-hospital’