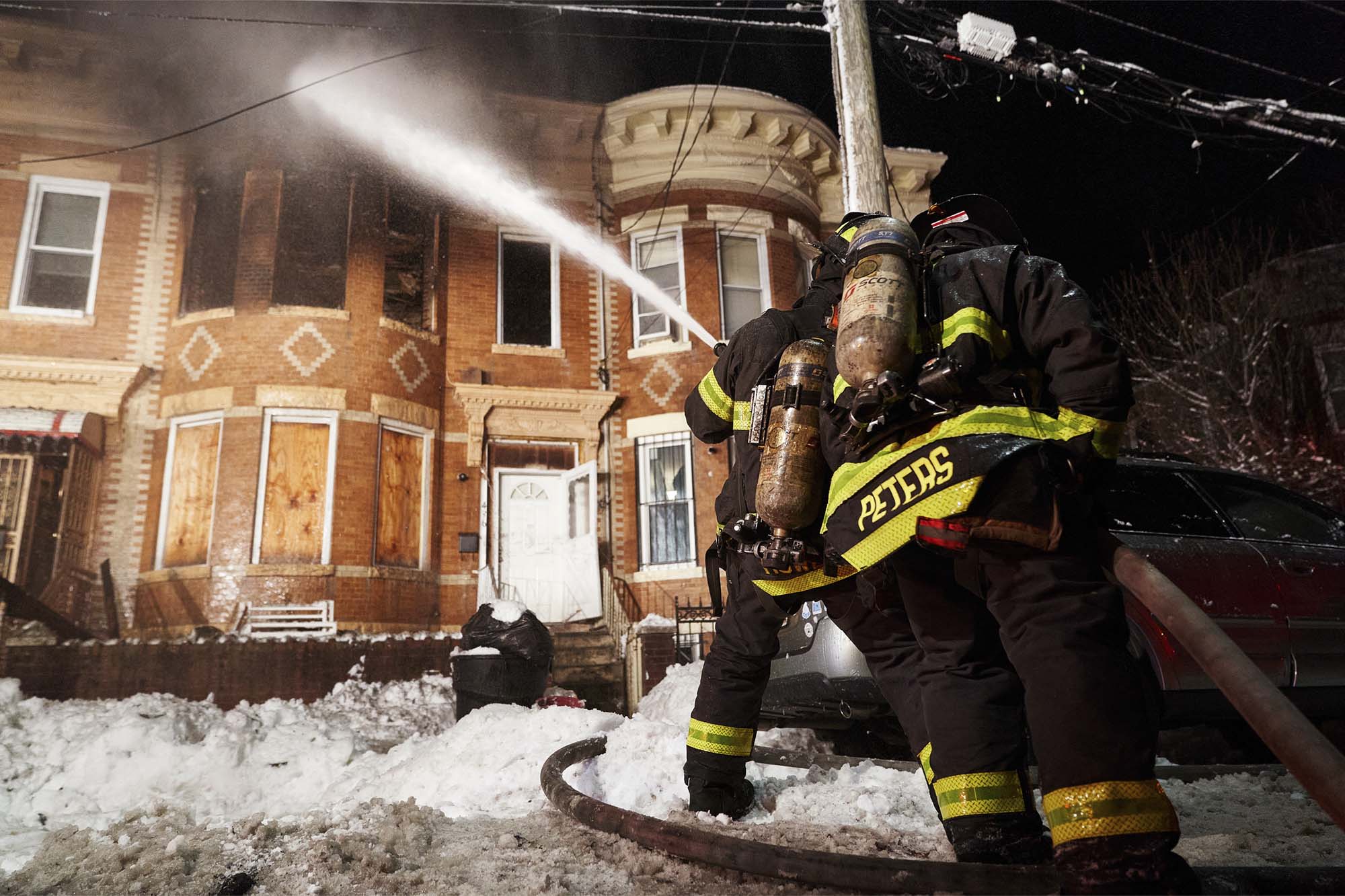 An early morning blaze sent flames shooting out of the windows of a two-story Brooklyn home Monday.

The fire erupted around 2 a.m. on the second floor of the home on Etna Street near Eldert Lane in Cypress Hills, the FDNY said.

Sixty firefighters from a dozen units responded to fight the inferno, placing it under control minutes before 3 a.m.

No one was hurt, officials said.

The cause of the fire was not immediately determined.