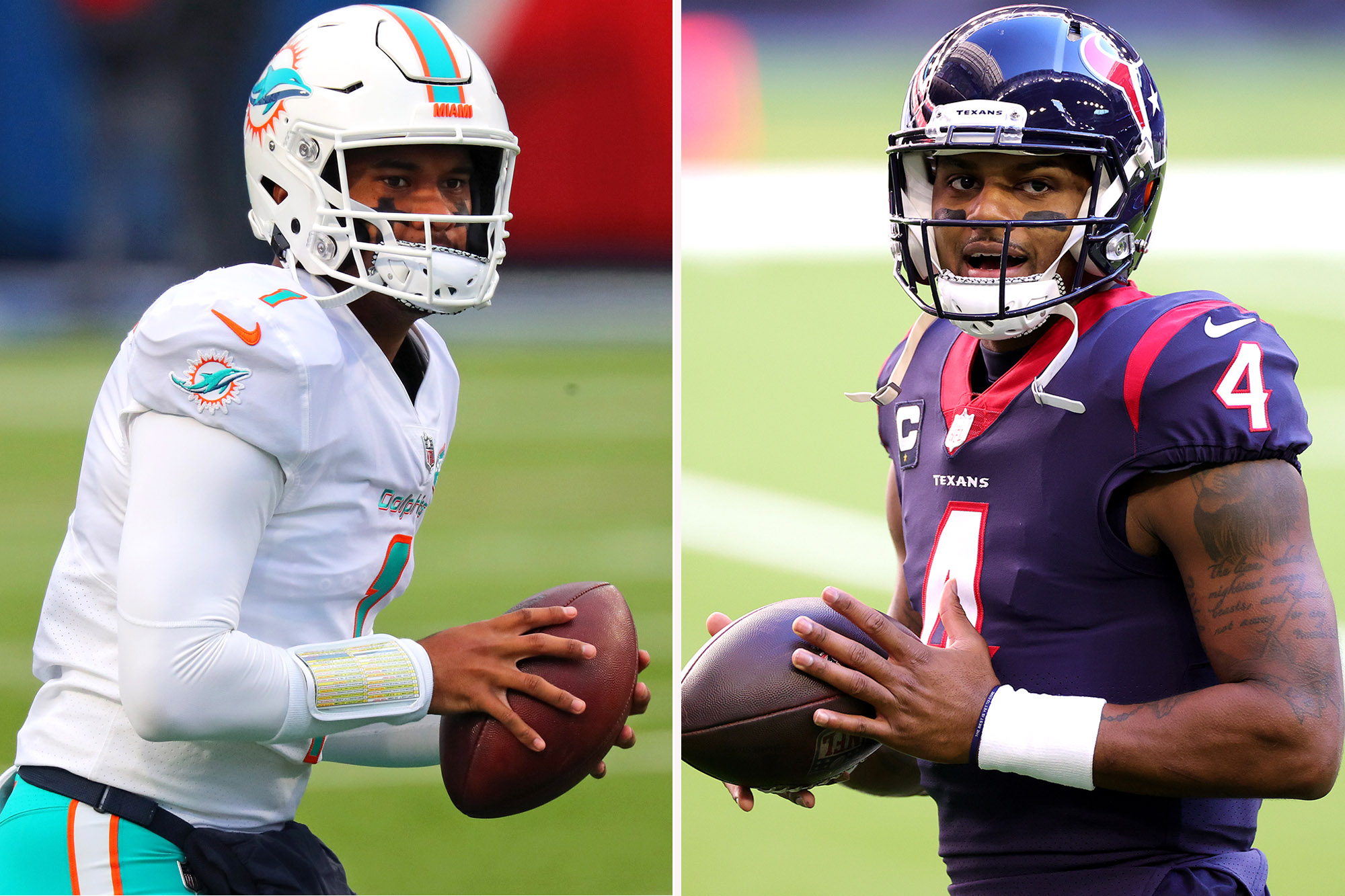 Tua Tagovailoa knows he can be better.

The former Alabama star quarterback, who could be involved in trade talks if the Dolphins choose to pursue disgruntled Texans quarterback Deshaun Watson, didn’t sound overly pleased with his first season in the NFL.

“I would describe my rookie season as below average,” Tagovailoa told Schein on Sports on Mad Dog Sports Radio. “This past season wasn’t up to my expectation that I have for myself. But there were a lot of things that I was able to learn from. Being able to look at the defenses and how different all of the schemes are with defensive coordinators.

“Everyone runs different things. Hopefully I can compartmentalize everything and have a much better season next year.”

Tagovailoa said his agent told him about the Watson rumors. It is believed the Dolphins are one of the teams he prefers to play for, along with the Jets.

“That’s something that would be out of my control, regardless,” he said. “That would be on the decision of the Miami Dolphins organization. I have to control what I can control. Work hard. And do well next season.”

Tagovailoa stopped short of saying he believes the Dolphins are convinced he’s their franchise quarterback, merely saying he hopes so. After taking over as the starter in October, he was benched twice in favor of veteran Ryan Fitzpatrick late in games.

“In my mind and in my heart I would like to hope so,” he said, when asked about being the long-term solution for the Dolphins. “But for me with the way things went last year, you always have to prove yourself to do better and I want to do better.

“My job is to help our team win games. For me that’s what I have to do a better job with. For me, when I was in, we lost a couple.”