Deion Sanders freaks out over after Jackson State debut 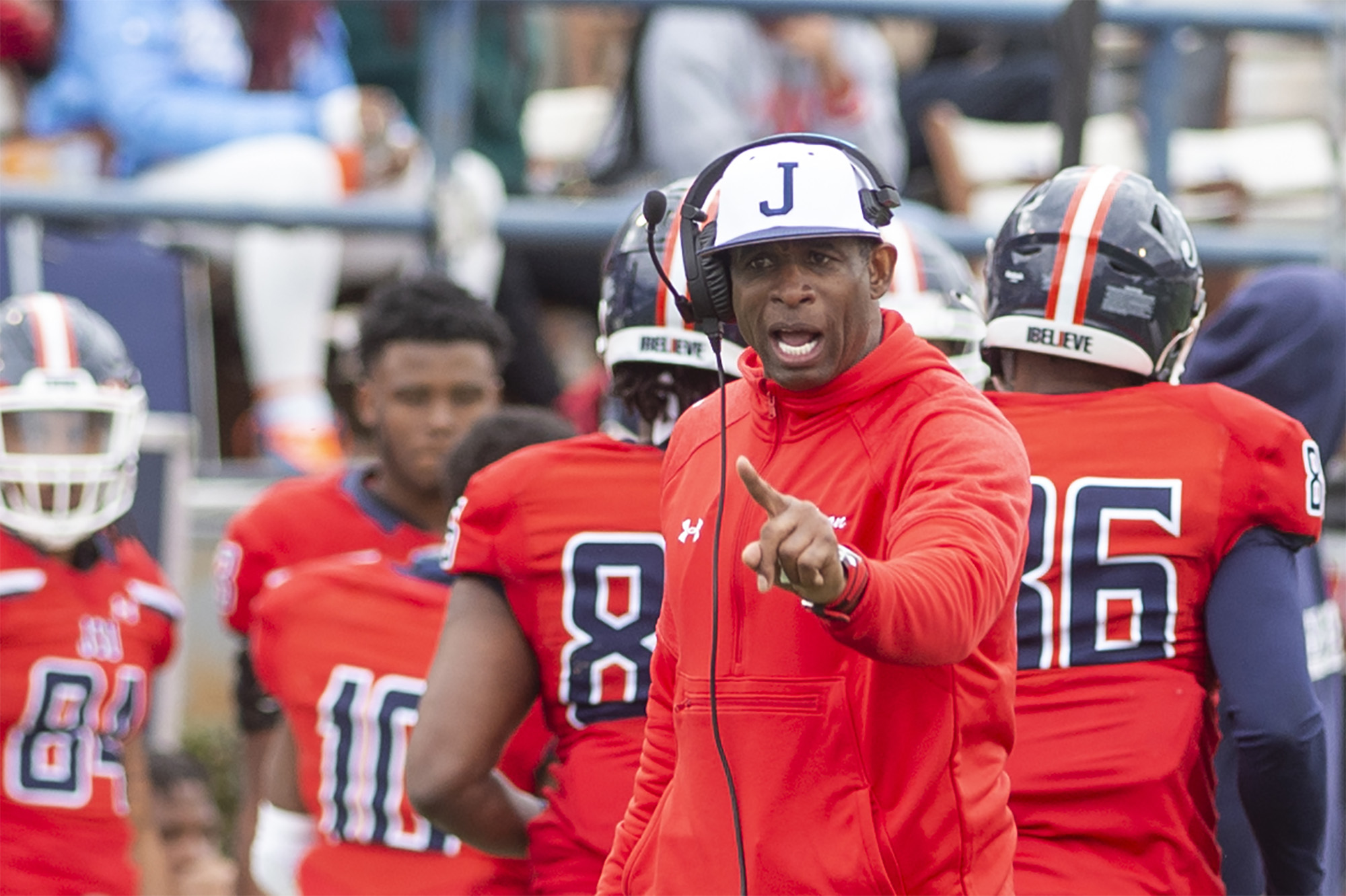 A dream college football coaching debut for Deion Sanders quickly turned into a nightmare when he returned to the locker room after the game.

“I’m pissed off right now,” Sanders told reporters after leading Jackson State to a 53-0 win over Edward Waters on Sunday. “While the game was going on, somebody came in and stole every darn thing I had in [the coach’s office].”

The Pro Football Hall of Famer — and former Yankees outfielder — then listed what had gone missing: his cellphone, wallet, credit cards and watches.

Moments after the news conference, university officials told Sports Illustrated that Sanders’ items were “misplaced” after being moved for “safe keeping,” and that they had been returned.

Case closed? Not quite.

“Whomever putting out the lie that my belongings wasn’t stolen is LYING,” Sanders tweeted. “My belongings were taken out of a zipped bag in my office and more items were taken as well from my office. We have retrieved them since being reported. My Staff member witnessed the crime. #Truth”

He later tweeted, “a staff member walked in on the theft being committed but she couldn’t fight a dude off.”

Following Sanders’ accusations, a spokeswoman for the Jackson State Athletic Department said that it considered “this an isolated incident” but would review security protocols.

“However, we refuse to let this dampen the victory for our JSU Tigers,” Ashley Robinson, the vice president and director of athletics, said.

Sanders, whose net worth reportedly is $40 million, was named coach of the historically black college in September.

A member of the Southwest Athletic Conference in the Football Championship Subdivision (FCS), Jacksonville State had a portion of its season moved to the spring due to the pandemic.