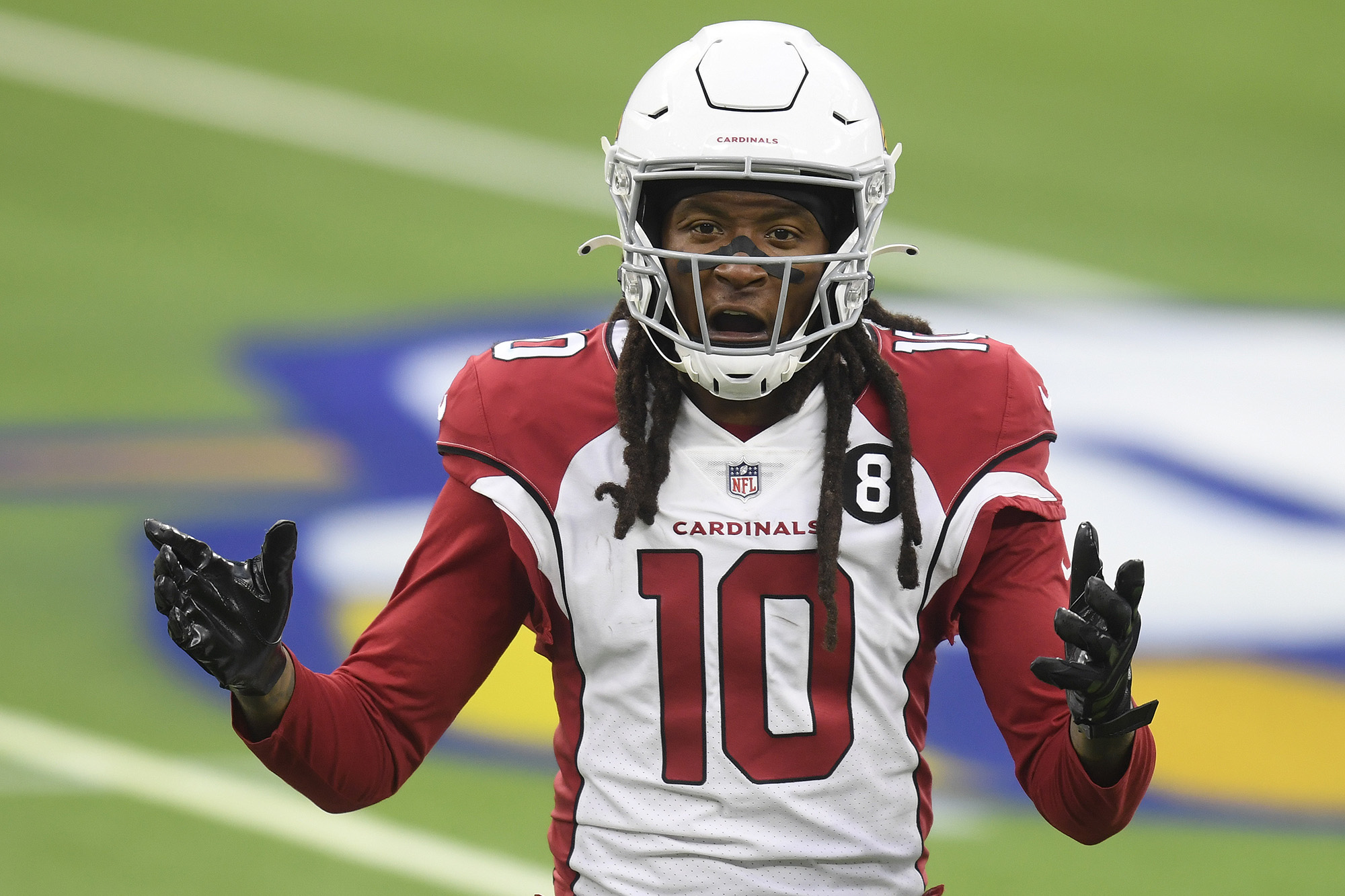 What took so long?

DeAndre Hopkins has seemingly delighted in every misstep — and there’s been no shortage — the Texans have made since they traded him to the Cardinals last offseason.

These decisions seem all but certain to culminate with the team being forced to trade franchise quarterback Deshaun Watson, who has officially requested the team deal him away.

On Thursday night, Hopkins tweeted out a series of falling dominoes in what appears to be his latest troll of the franchise.

Watson and Hopkins starred alongside each other for three years in Houston until the receiver was traded to the Cardinals before the 2020 NFL Draft.

Hopkins found similar success with Kyler Murray and the Cardinals, though the team floundered in the second half of the season to miss out on the playoffs. Watson and the Texans, meanwhile, finished 4-12.

Watson’s frustration with the franchise though stems from the lack of input they gave him in deciding who the next general manager would be, with the team eventually hiring Nick Caserio from the Patriots’ front office.

The Jets are considered among the favorites to land Watson.

Trends to consider when betting on Chiefs

Immanuel Quickley makes it hard to deny his Knicks potential