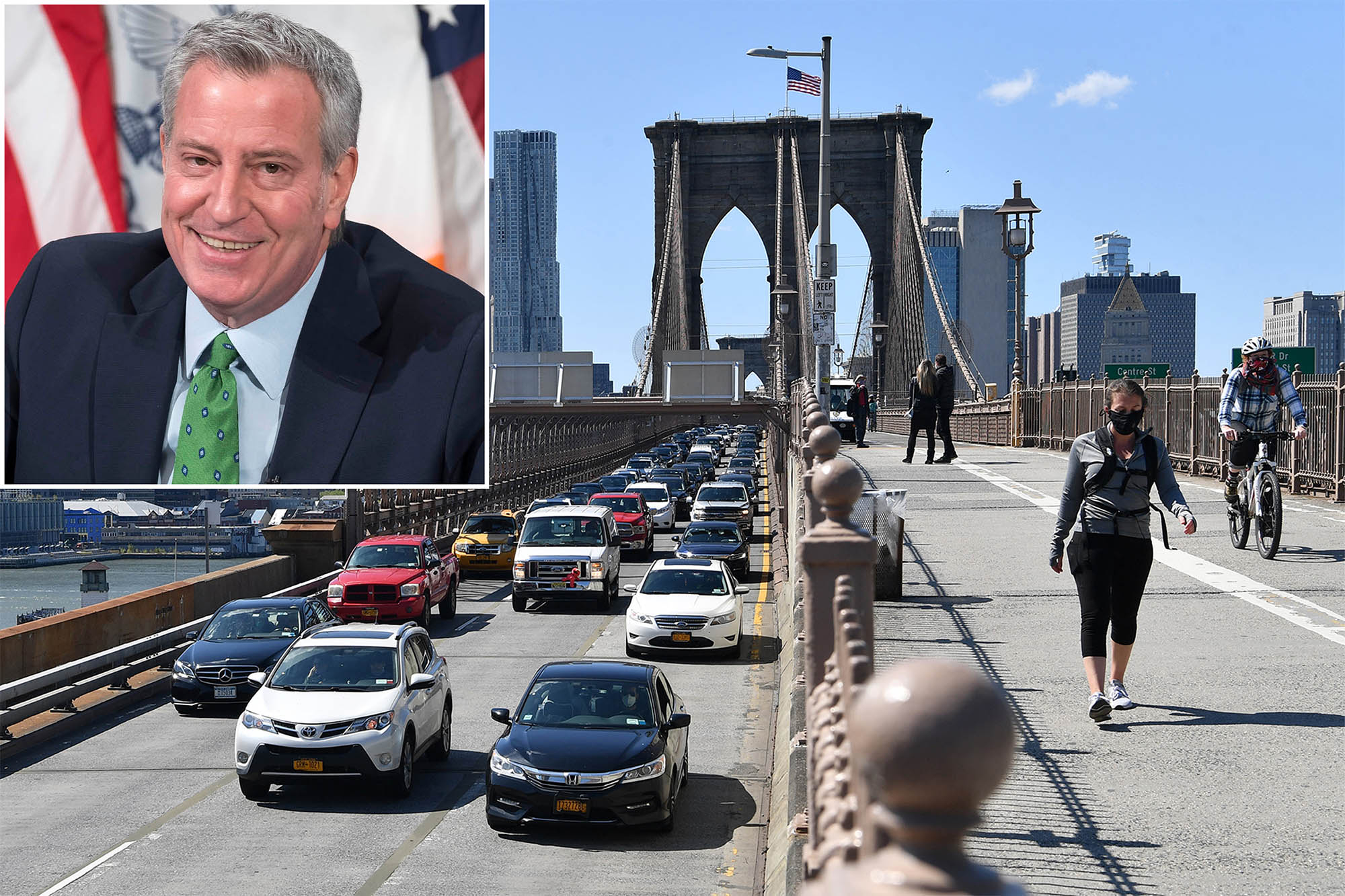 Both bridges currently boast narrow paths that must be shared by both cyclists and pedestrians. The lack of space makes for harrowing and chaotic crowds, particularly on the Brooklyn Bridge promenade, which is popular among tourists.

Hizzoner’s plan — which he is set to announce in his State of the City address later Thursday — would replace the inner-most Manhattan-bound car lane with a two-way bike path.

The eight-foot-wide path would be separated from adjacent car traffic by a concrete barrier, according to renderings provided by the city.

The Brooklyn Bridge switcheroo will be complete by the end of the year, officials said.

Construction on the Queensboro Bridge project, meanwhile, is expected to wrap up in 2022.

Mom whose kids were shot in WV murder-suicide speaks out