Mayor Bill de Blasio and a Brooklyn bar owner sparred over his new proof-of-vaccination requirements for indoor service Friday, as some barkeeps and restaurateurs continue to push back against the new rules.

The contentious exchange occurred three days after the new mandate went into effect, which is one part of City Hall’s aggressive strategy to boost New York’s vaccination effort and head off the hyper-contagious Delta variant of COVID-19.

The barkeep, only identified as Bob, even challenged Hizzoner to work the door at his establishment in Bedford-Stuyvesant, as he accused the mayor of violating the civil liberties of his patrons.

“You’re talking about restricting people’s freedom. If you want to do it — put a cop on every corner, checking vaccine cards and see how Brooklyn takes it,” Bob told de Blasio during his weekly appearance on WNYC’s ‘Brian Lehrer Show.’ “Don’t put it onto my business to do it.” 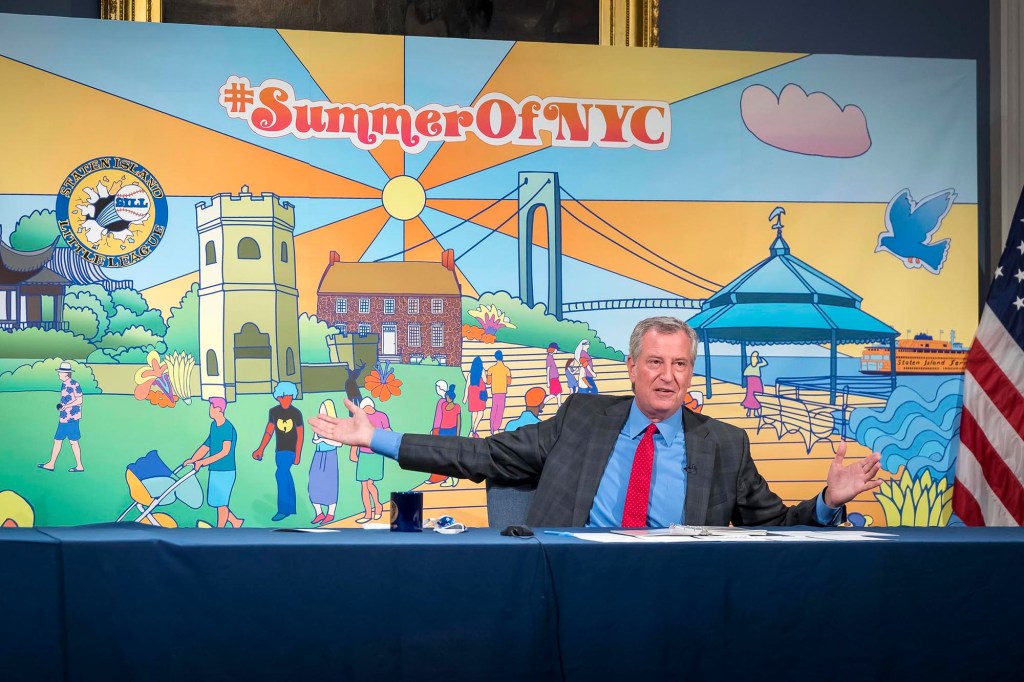 But the mayor wasn’t having it.

“You do card people when they buy liquor,” de Blasio retorted. “We want everyone to be safe and we’re in a global pandemic.”

“We need more people to be vaccinated, that is the bottom line for defeating COVID and defeating the Delta variant,” he added. “If we don’t defeat the Delta variant then a lot of businesses are going to be shut down by restrictions, which I think you would like even less.”

The vaccine passport rules — dubbed ‘Key to NYC’ by City Hall — came into effect Tuesday as part of the de Blasio administration’s latest effort to boost the vaccination effort in the five boroughs, which was badly flagging in July. 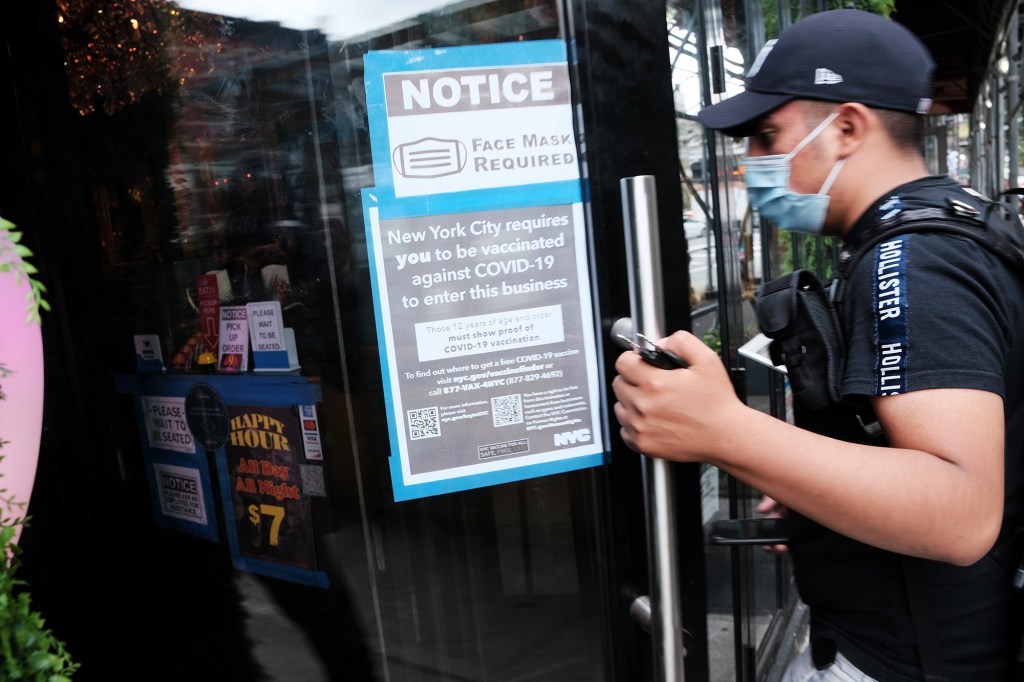 Customers need to show proof that they are at least partly vaccinated against COVID-19 to be allowed to stay inside at restaurants and bars.Spencer Platt/Getty Images

It requires that New Yorkers present businesses — like bars, restaurants and movie theaters — with proof they received at least one shot of an approved coronavirus vaccine in order to be served indoors.

Businesses can accept several forms of proof of shots, including the state’s digital Excelsior Pass, the city’s COVID Safe App, a CDC vaccination card or a photo of the vaccine card.

Outdoor seating remains open to all.

City Hall has also imposed a vaccination mandate on all 300,000 city employees, ordering them to get their shots by September or face weekly testing and a requirement to wear face masks in the office. 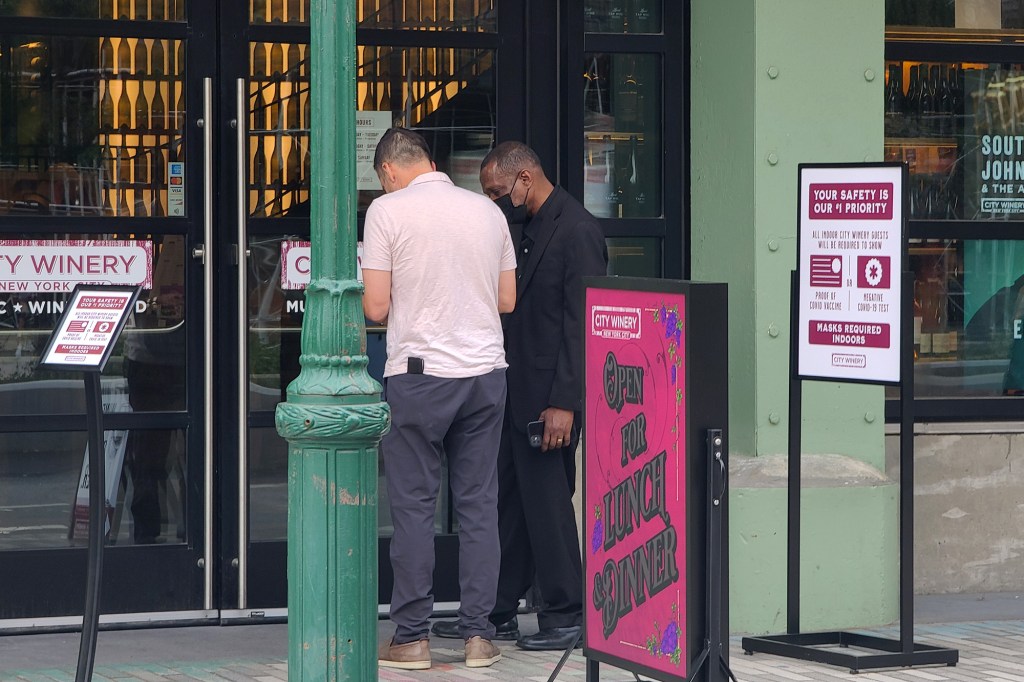 And it dramatically expanded the city’s incentives program, offering $100 debit cards to any New Yorker who gets their first shot — which the mayor has said he’s prepared to spend up to $20 million on.

The combination of the passport rules, workforce mandate, new incentives and growing fears of the Delta variant seems to have pushed vaccine-hesitant New Yorkers off the sidelines and into the shot queues.

De Blasio told Lehrer on Friday that more than 100,000 New Yorkers had gotten their first jabs for the second week in a row — nearly double the rate seen at the beginning of July, before officials began to ramp of their carrot-and-sticks approach.

‘Deepest group of arms’ since I’ve been here