Gov. Andrew Cuomo touted the “good news” of Hurricane Henri’s downgrade to a tropical storm Sunday while still cautioning that its high winds and rain could cause “serious damage” in the region.

“The Category 1 Hurricane has been downgraded to a tropical storm. That is good news,” the disgraced outgoing governor said during a virtual press briefing.

“Tropical storm Henri has moved to the east, headed back toward France. That is good news for the state, because when the storm hits east, it misses more of New York.”

“I don’t want New Yorkers to say, ‘Oh this is great, there is nothing to worry about.’ There is plenty to worry about,” he said. “The potential for serious damage from flooding is very large.”

Some New York City drivers were forced to abandon their cars in the middle of the street amid severe flooding overnight, while subway straphangers grappled with reduced service because of the rising waters.

Henri’s expected dousing of parts of the state with 4 to 5 inches of rain by Monday at 8 a.m., along with 40 mph sustained winds and gusts of up to 75 mph, are “something to take seriously” — but they won’t amount to anything “catastrophic,” Cuomo said. 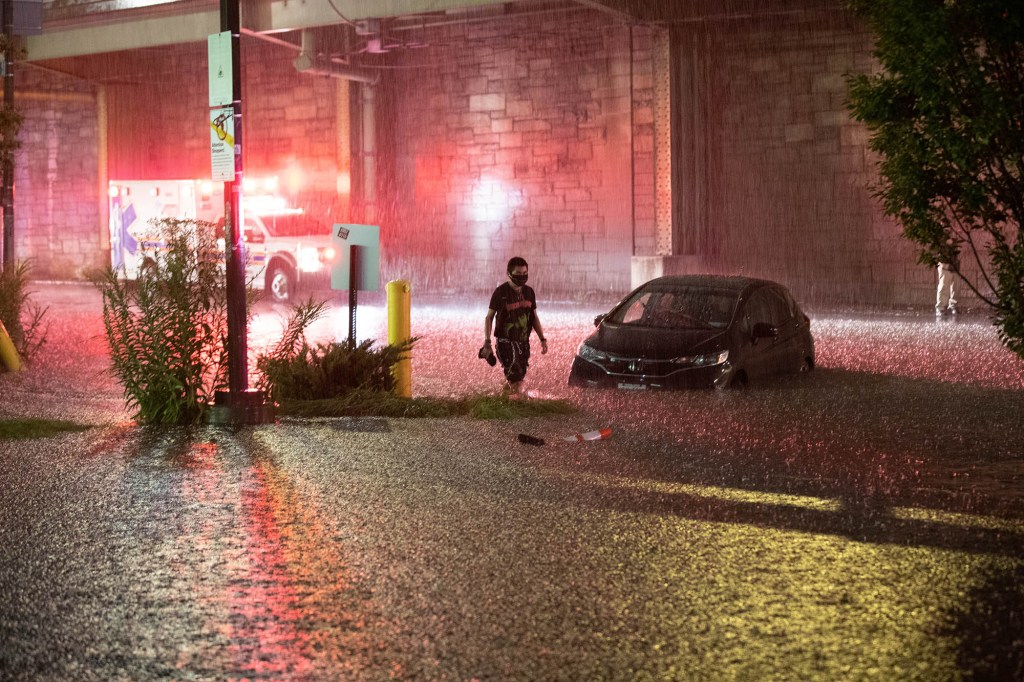 Some New York City drivers were forced to abandon their cars in the middle of the street amid severe flooding overnight.Robert Mecea

Cuomo said Westchester County and the Hudson Valley would be particularly hard hit by the rain.

“You can get up to 5 inches of rain in Westchester, Hudson Valley, 4.6 [inches] — that is a significant amount of rainfall, and it should be taken seriously,” he said.

In the mountainous, creek-filled Catskills and Hudson Valley, the rainfall could pose a “significant problem,” said the governor, who officially leaves office Tuesday after quitting over a sexual-harassment scandal. 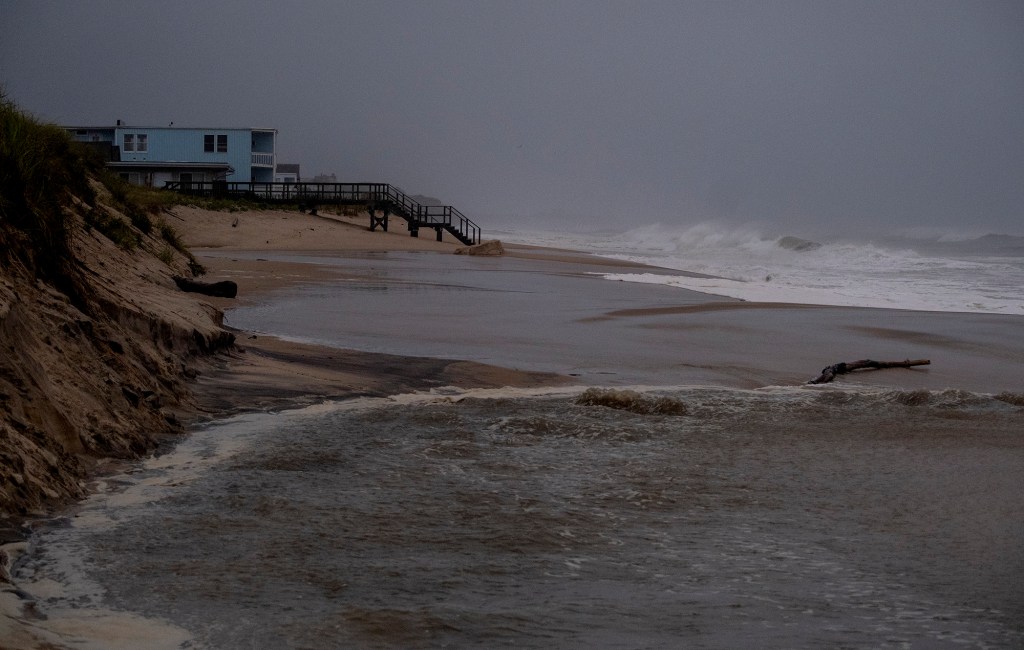 Gov. Andrew Cuomo warned that although the storm surge was less than originally predicted, it is still “nothing to take lightly.”AP

“The water comes running down those hills, hits what was a creek and turns it into a ravaging river,” Cuomo warned. “I have seen towns float away. … I have seen homes floating by.”

Small towns, he said, can be “devastated” by heavy downpours. 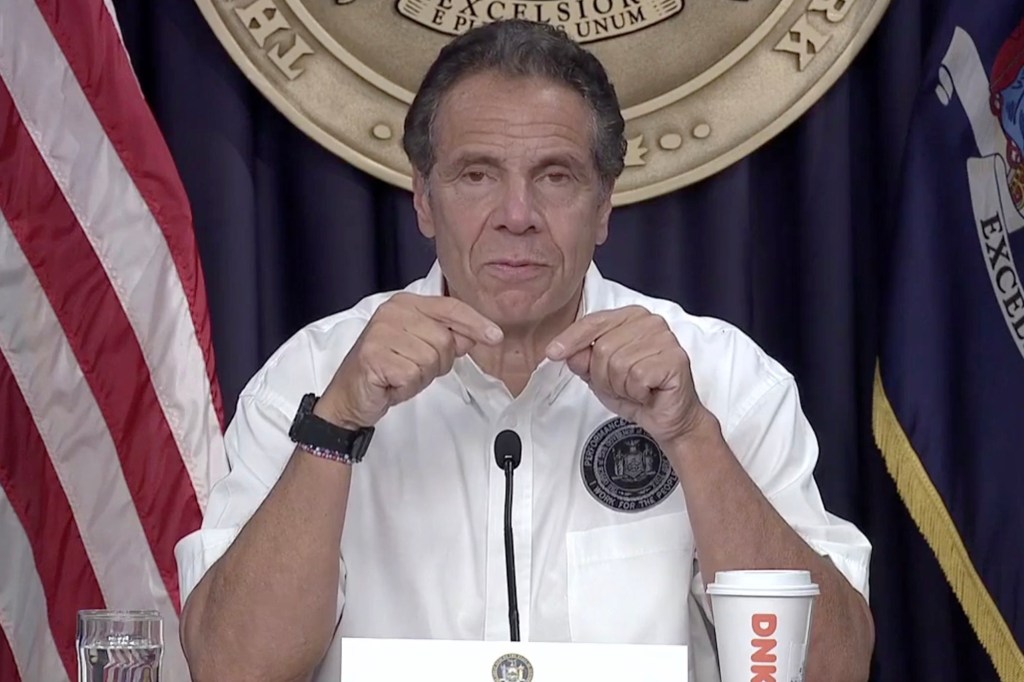 Gov. Andrew Cuomo cautioned that small towns can be “devastated” by heavy rain.Office of the Governor

“The New York City subway and buses in New York City Transit are operating without any suspensions,” he said, noting that three bus routes have been diverted because of the flooding.

“We have been able to preserve the full operations of our bus and subway system.”

His comments came after a night of service disruptions from the storm. 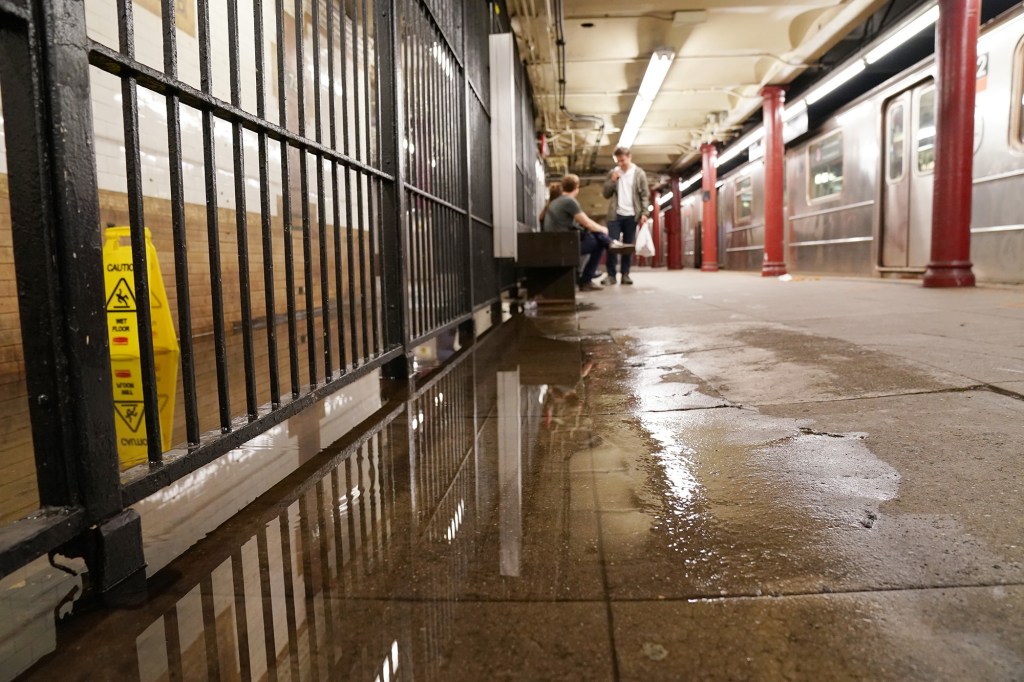 Subway riders grappled with reduced service because of the rising waters.Christopher Sadowski