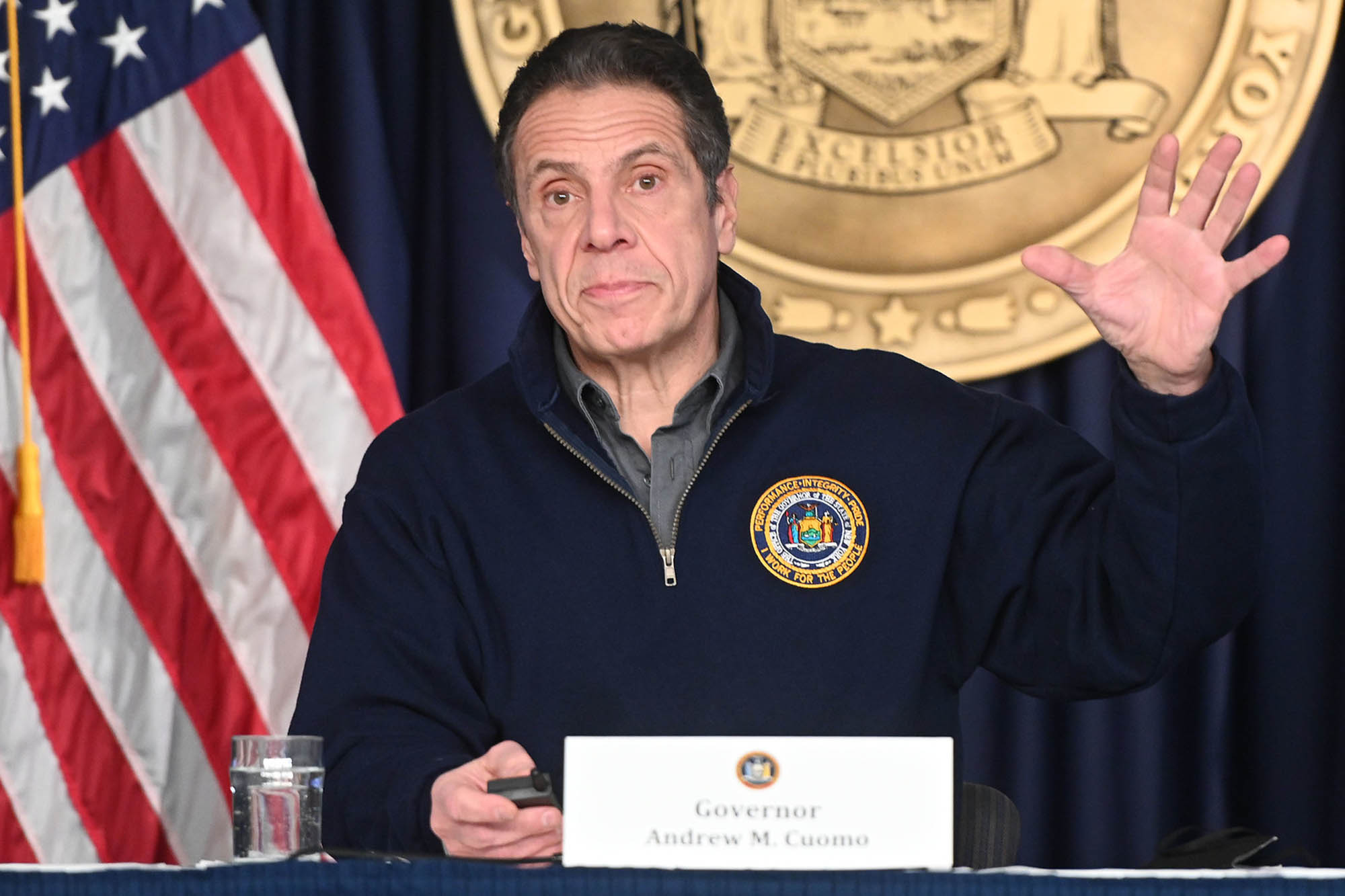 Gov. Andrew Cuomo on Monday shot down the idea of expanding the eligibility list for coronavirus vaccines to include restaurant workers — saying it was a “cheap, insincere” suggestion when state reserves of the shots are already stretched thin.

“I get the theory on [making] restaurant workers eligible, immunocompromised [people] eligible, people with diabetes eligible, [people with] obesity, people with asthma eligible,” he said during an Albany press briefing.

Those presently eligible for the vaccine include healthcare workers, seniors age 65 and up, school employees, first responders and grocery store workers.

Even with that limited group, New York has recently faced severe shortages of the vaccine due to federal supply-chain issues, leading to appointment postponements and site closures.

Cuomo challenged those calling for the list to be expanded to pick a group to be removed from the equation.

“It’s a cheap, insincere discussion. Yes, I would like to see restaurant workers eligible. But what does eligibility mean when you don’t have enough?”

Vaccination efforts hit another snag early this week when snow forced the postponement of appointments at both city- and state-run sites in the five boroughs on Monday and Tuesday.

Appointments at city-run sites are being automatically rescheduled, mostly for next week, at the same locations — although not necessarily at the same time and day of the week, according to the city Department of Health.

However, those unable to make their automatically-assigned slots can request alternate accommodations, including for later this week, availability permitting, the agency said.

Anyone who had appointments scheduled at Javits Center or the Aqueduct Racetrack — the state-run sites in the Big Apple — will receive an email or text message rescheduling their appointment to a comparable time of day, state officials said.

Cuomo aide Melissa DeRosa on Sunday “guaranteed” that anyone whose appointment at a state site had to be rescheduled due to snow could receive a new date this week.

As with the city system, anyone unable to make their rescheduled state appointment can receive accommodations for an alternate day and time.