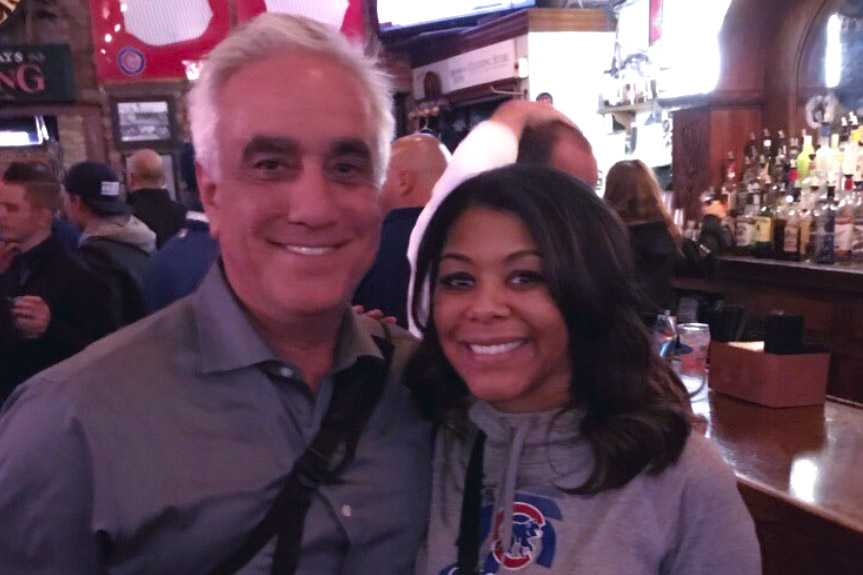 Tributes poured in following the news Sunday night of the death of ESPN baseball reporter Pedro Gomez, including from Christian Yelich of the Milwaukee Brewers and Alex Bregman of the Astros, but one story from a Cubs fan stood out.

Alexis, who uses the Twitter handle @thenotoriousLEX, relayed a story from an encounter she had with Gomez in 2017, when the Cubs were in the middle of the NLCS, a series they would lose in five games to the Dodgers.

“So sad to hear of the death of Pedro Gomez,” she wrote on Twitter. “You’re going to hear a lot of stories about how nice he was, and here’s mine:

“Back in 2017 he sat next to me at Murphy’s after game 3 of the NLCS. The Cubs were facing elimination and he asked me if I thought they had it in them. I said they didn’t and elaborated when he asked why.

“He said ‘You know your stuff!’ reached into his backpack, handed me a cork and said ‘This is for you.’ It was a champagne cork from the Cubs’ locker room celebration when they’d won the NLDS in Washington the week before. He said that one of the perks of his job was meeting different baseball fans and since he would be going to the winning team’s city next, he always made sure to pick up some locker room corks to make some of those fans smile. And smile I did. Rip, Pedro.”

She followed up with another post, along with a picture of the cork:  “And yes I still have it!”

US COVID cases, hospitalizations down for two straight weeks