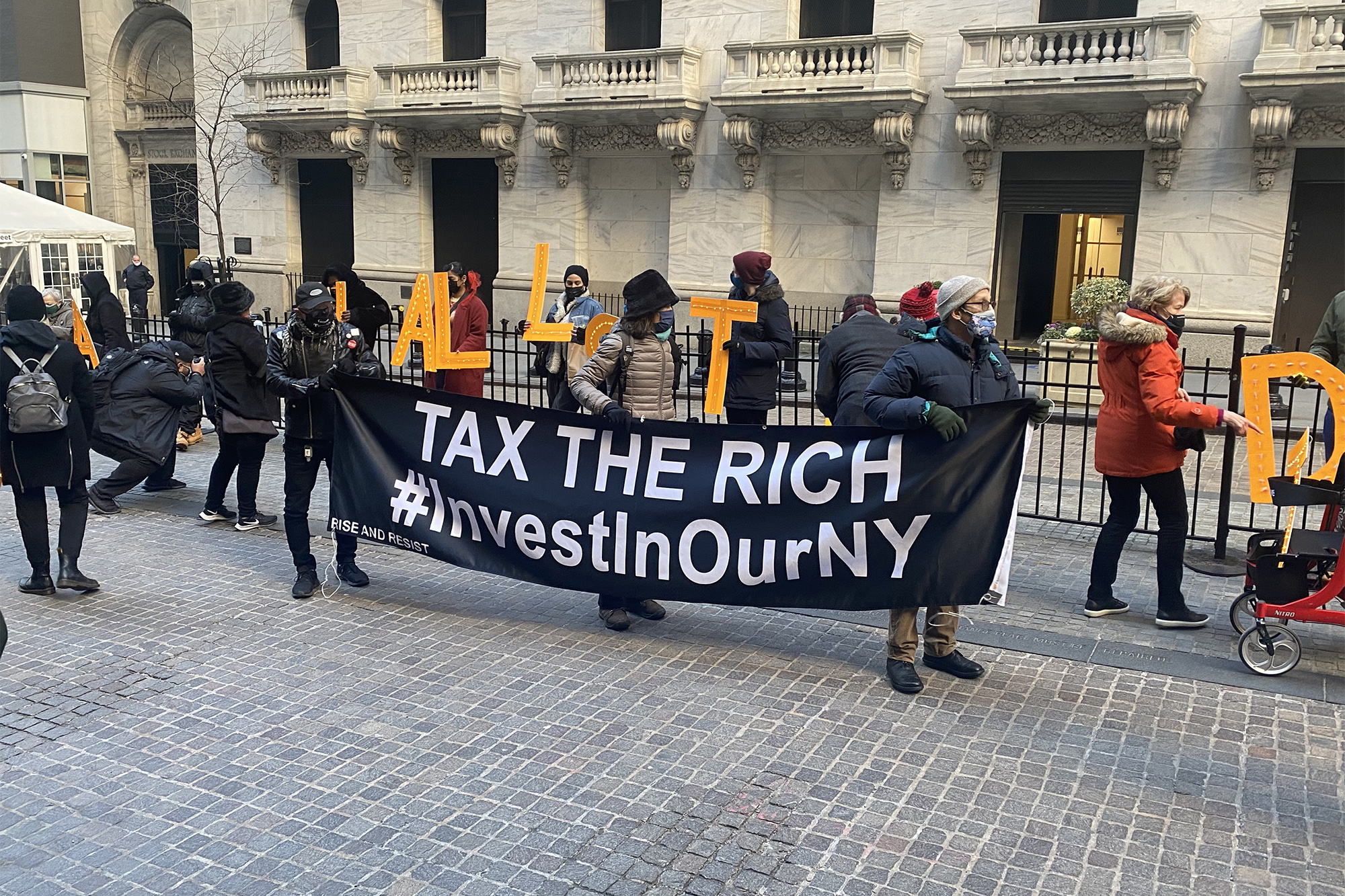 Several of the protesters were spotted tailing people leaving the building, yelling “Shame!” and “Eat the rich.”

“How much money do you make?” one of the demonstrators repeatedly asked.

Two other people were seen ducking into the Trump Building across the street in order to avoid the crowd.

The group held up signs spelling out “Tax Wall Street Trades” and chanted “I want my money. I want it now.”

“We want a free market,” they chanted.

Cries of “F–k Robinhood” and “Robinhood has got to go” also rang out after the stock trading app restricted buying of GameStop shares and those of other companies earlier on Thursday, sparking a class-action lawsuit and calls for an investigation from lawmakers.

Robinhood later said it would allow “limited buys” of those securities starting on Friday.

Small-time investors, bolstered by the Reddit page /r/wallstreetbets, have skyrocketed the price of several cheap stocks like GameStop by buying it in bulk after learning hedge funds were “shorting” the stock, or betting on it to fail.

The saga, pitting novice investors against the Wall Street establishment, has sparked concern from lawmakers, and both chambers of Congress are now set to hold hearings at a later date.

Afghanistan: Protesters take to the streets, chant in defiance of Taliban in Kabul