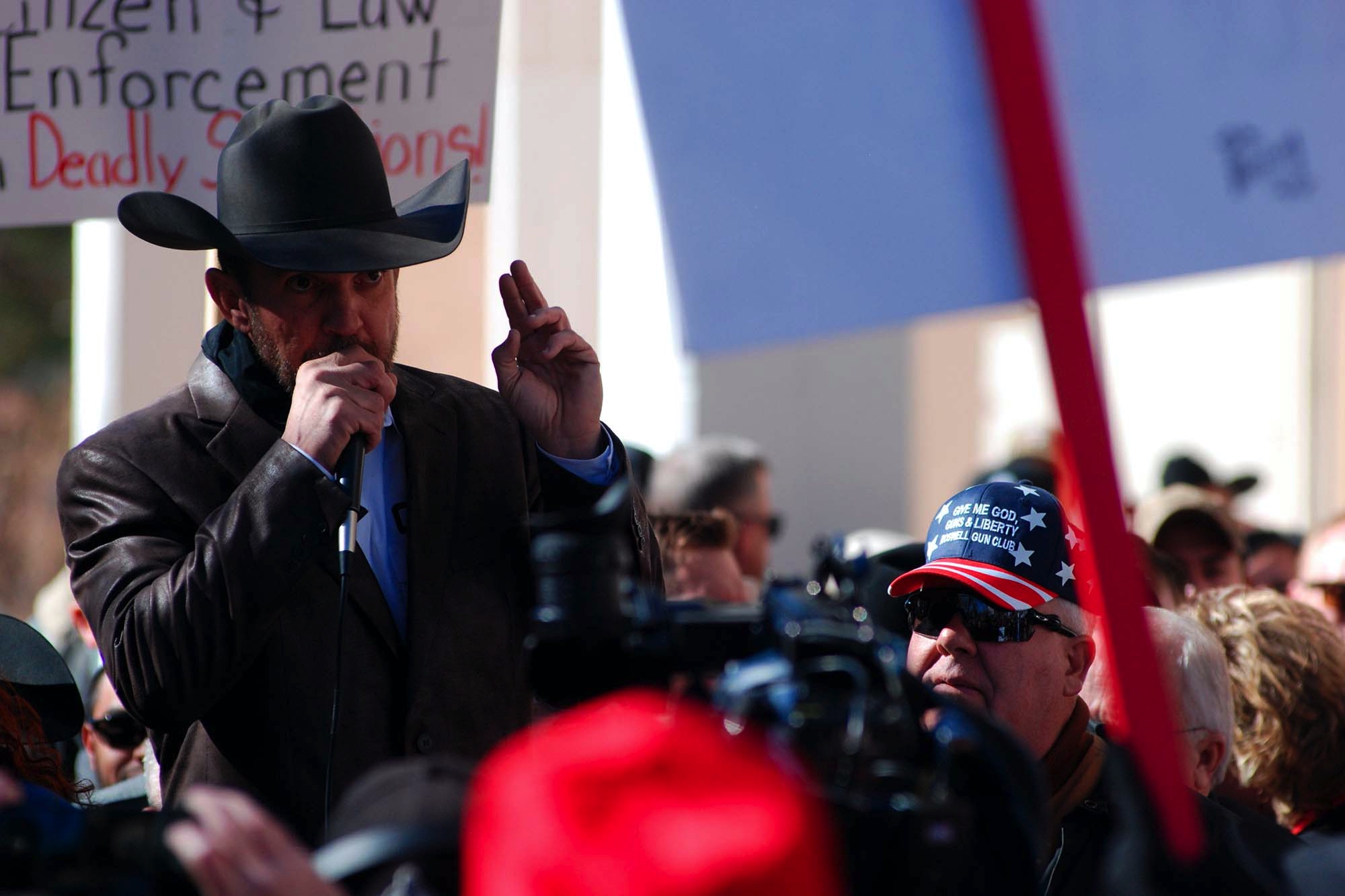 In the two weeks since he was jailed in the Capitol riot, Cowboys for Trump founder Couy Griffin has refused to take a COVID-19 test, or to appear at a virtual court hearing or confer with his lawyer, a federal judge wrote Friday.

Griffin will continue to be held in isolation because he refused to take a COVID-19 test upon his admission to a D.C. jail, U.S. Magistrate Judge Zia M. Faruqui wrote Friday.

“Simply taking a COVID-19 test, something hundreds of millions of people have safely done across the world, will allow the defendant to exit isolation,” the judge wrote in papers first reported by Buzz Feed.

Griffin faces contempt charges if he refuses to appear at his next court appearance on Feb. 1, the judge wrote.

Griffin, who is a council member in Otero County, New Mexico, is charged with knowingly entering restricted grounds.

According to a federal affidavit, Griffin boasted during a Jan. 14 council meeting that he had attended the Jan. 6 Capitol riot and intended to bring his “.357 Henry big boy rifle” and his “.357 single action revolver” to Biden’s inauguration.

“We are not going to allow it. There will never be a Biden presidency,” the affadavit alleges Griffin told Inside Edition in an interview he gave at the Capitol on Jan. 6.

The next day, Griffin posted to Facebook that the group that stormed the Capitol was not a violent mob, the affadavit alleges.

But the post went on to threaten, “No we could have a 2nd Amendment rally on those same steps that we had that rally yesterday, you know, and if we do, then it’s gonna be a sad day, because there’s gonna be blood running out of that building.

‘But at the end of the day, you mark my word, we will plant our flag on the desk of Nancy Pelosi and Chuck Schumer and Donald J. Trump if it boils down to it.”

Questioned by FBI agents, Griffin allegedly says he hoped the Jan. 20 protest would be non-violent, but added there was “no option that’s off the table for the sake of freedom.”

Knicks' Frank Ntilikina 'getting there' after knee injury

Nets’ James Harden puts NBA on notice: ‘I am the MVP’