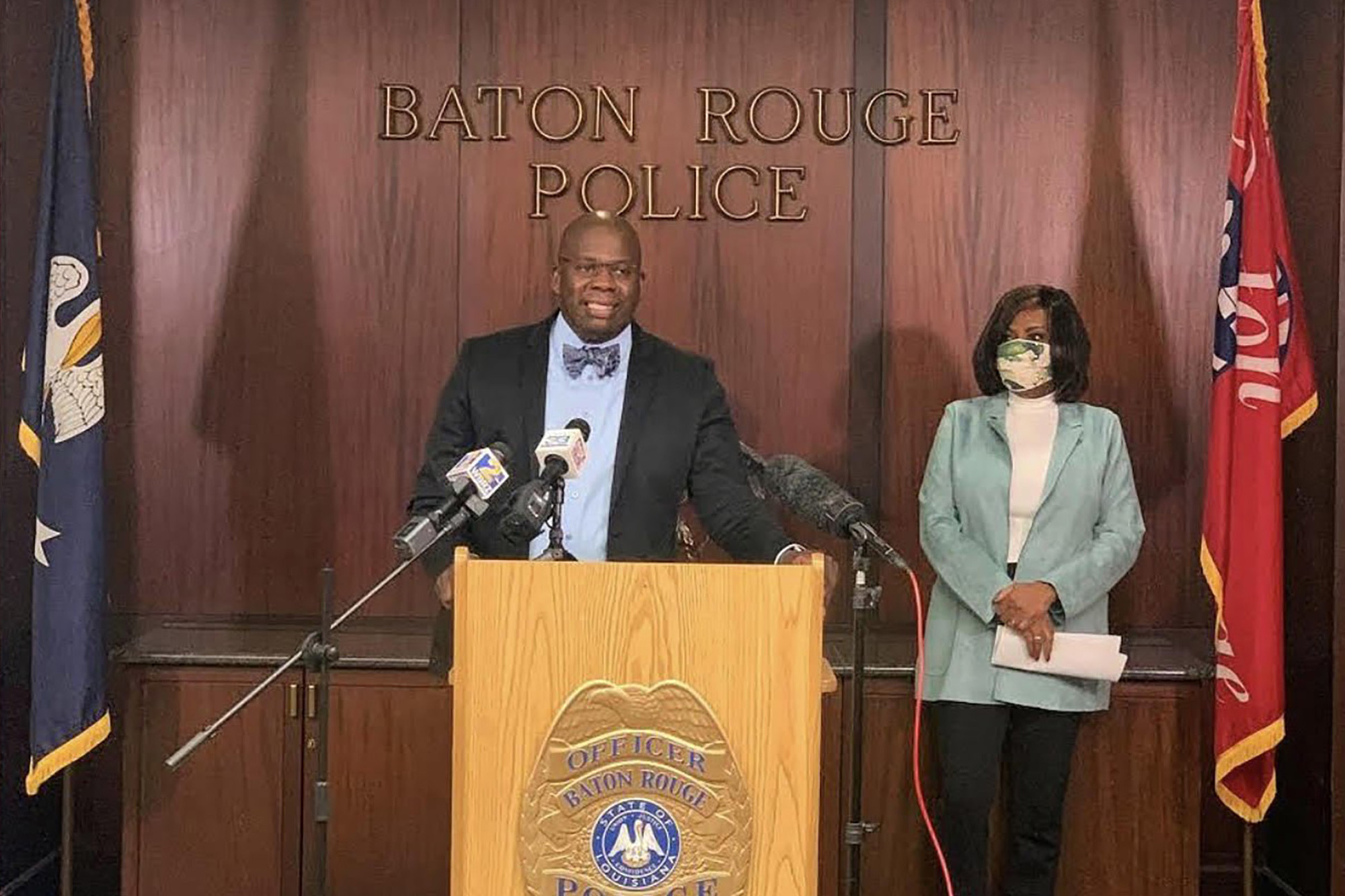 A Louisiana police officer restrained a 13-year-old boy by putting his arm around the back of the child’s neck while pinning him to the ground, video shows.

The chaotic clip, posted Sunday on Twitter shows a Baton Rouge police corporal atop the juvenile as witnesses surrounding the pair plead with the officer to stop, saying to get off the “little boy.”

“He wasn’t doing nothing!” one man yelled at the corporal and another cop at the scene. Seconds later, the corporal who had been restraining the youngster released his grip and then put the boy into handcuffs, video shows.

Baton Rouge Mayor-President Sharon Weston Broome told reporters she and the city’s police chief viewed the footage Monday and have launched a review into the incident.

“What has raised ire of the public was a portion of the video involving a 13-year-old juvenile and what appears to be the arm of a Baton Rouge police officer around his neck,” Broome said.

No decision was made regarding the officer’s actions as of Tuesday, but Broome said the city and its police department filed a petition in court Monday to allow the full body-camera video to be made public since it involves a minor.

“I understand the significance of this moment, given our history and events that have taken place in our country,” Broome said. “I will make sure that this is thoroughly investigated.”

The footage was released to the boy’s family Monday, Broome said.

Police Chief Murphy Paul said cops responded to two disturbance calls involving several kids who were allegedly harassing other people. Officers got to the scene and de-escalated the situation without issuing citations or arresting anyone, Paul said.

Officers then returned to the location about an hour later and took two juveniles into custody – one for battery of a police officer and another for resisting arrest, Broome said.

An attorney for the boy seen in the clip told The Advocate he was charged with battery of a police officer before being released from a juvenile detention center later Sunday.

“I appreciate the swift response from Mayor Broome and the promises made by Chief Paul,” attorney Ron Haley said in a statement. “However, too many times in our community we see obvious police misconduct go unchecked and unpunished.”

“No unarmed child should be choked and manhandled by a police officer,” Haley’s statement continued.

The officer in question – a 12-year department vet — remained on active-duty Tuesday, a Baton Rouge police spokesman told The Post.