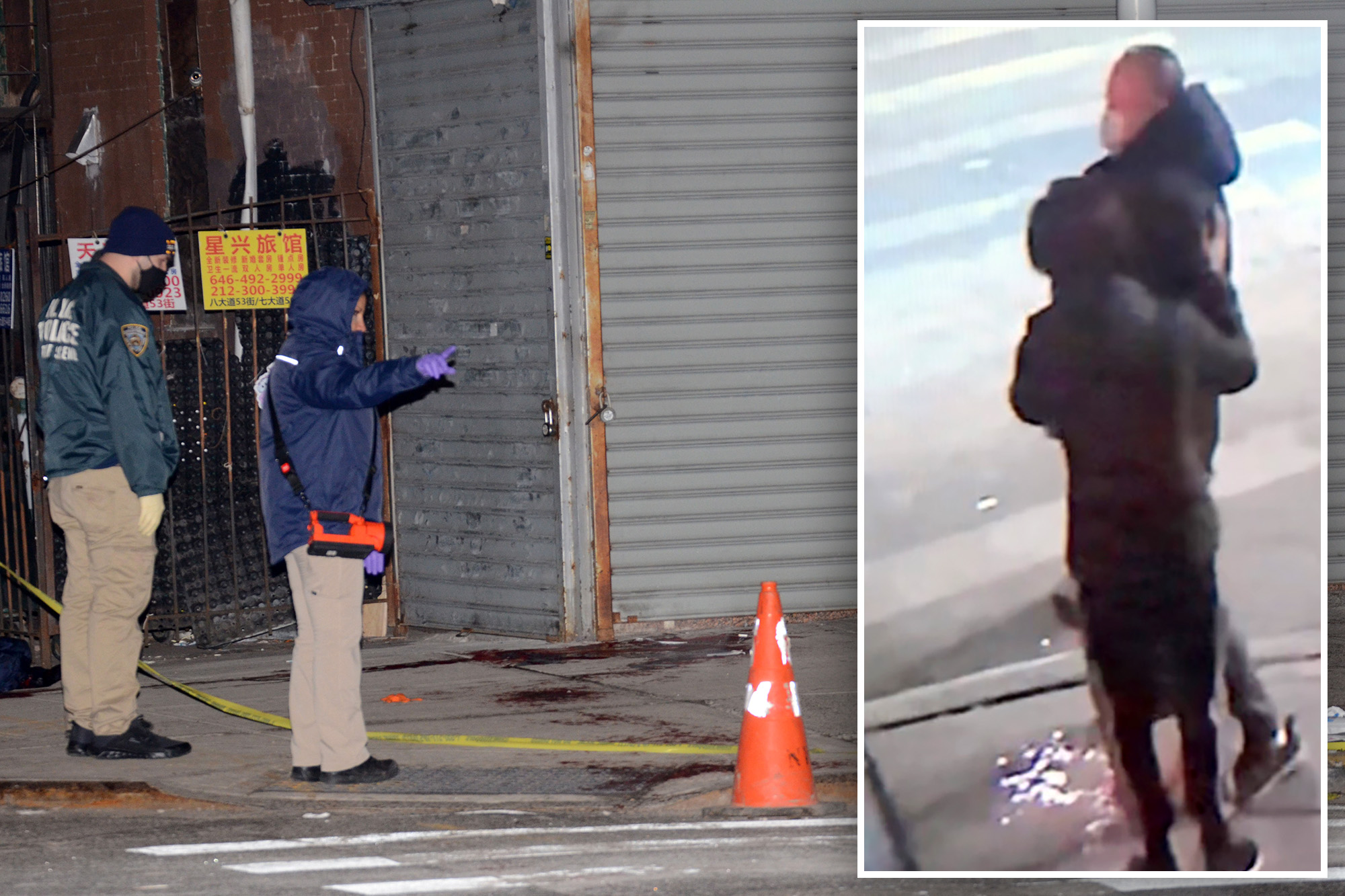 A chilling video captures one of the multiple stabbings that left a man dead and three others hurt in a nasty knife fight outside a gambling den in Brooklyn.

The NYPD is hunting for as many as three to five suspects in the bloodshed, which happened at around 9:30 Friday night on the sidewalk outside an illegal basement gambling den at 57th Street and Seventh Avenue in Sunset Park, law enforcement sources told The Post.

In a series of clips obtained by The Post, people can be spotted racing from the scene. After being stabbed, a stunned middle-aged man clutches his right shoulder with his left hand and crosses 7th Avenue while looking back. He is then attended to and consoled by a companion before he collapses and bleeds onto the sidewalk, across the street from where he was stabbed.

Three men had tried to break in to rob the gambling den, but were stabbed by an employee before they could get inside, the sources said.

The victims were taken to NYU Langone Hospital- Brooklyn, where one man, 46, was pronounced dead, and two other men, ages 39 and 42, were in stable condition.

A fourth man, 49, was treated at the scene for a puncture wound.