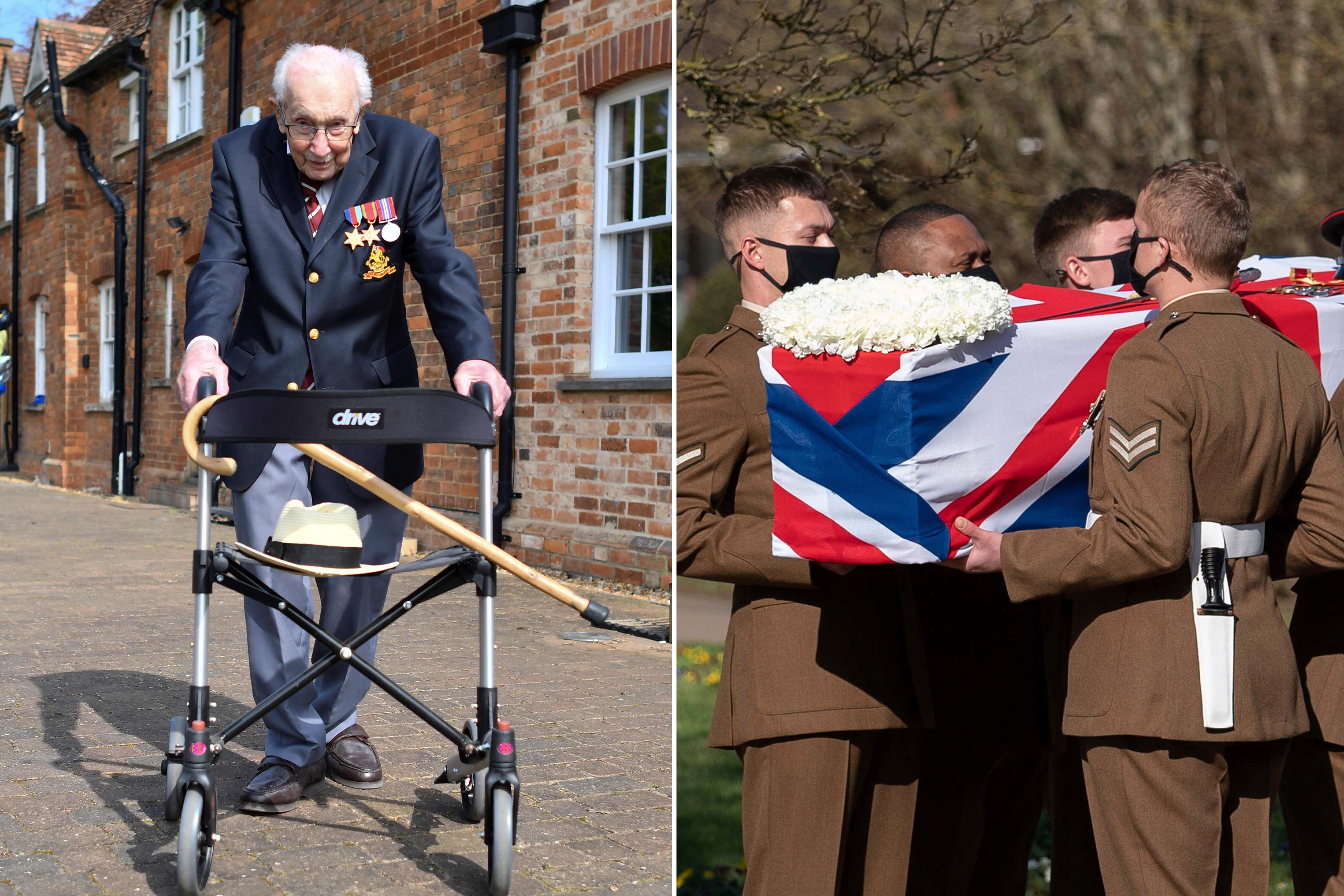 The World War II veteran who raised more than $45 million for British hospitals by walking in his garden was given a hero’s funeral Saturday, complete with a guard of honor and a Royal Air Force flyover.

Capt. Sir Tom Moore, 100, died earlier this month after contracting the coronavirus. During lockdown last year, he began to walk one hundred steps in his garden to raise money for National Health Services Charities Together. The goal was to raise just over $1,000, but after nearly a month he had raised millions. He was knighted by the Queen in July.

Church bells across the country rang at noon, and Frank Sinatra’s “My Way” was played during a small church service for eight mourners before Moore’s remains were cremated.

“You may be gone but your message and spirit lives on,” said his daughter Lucy Teixeira.