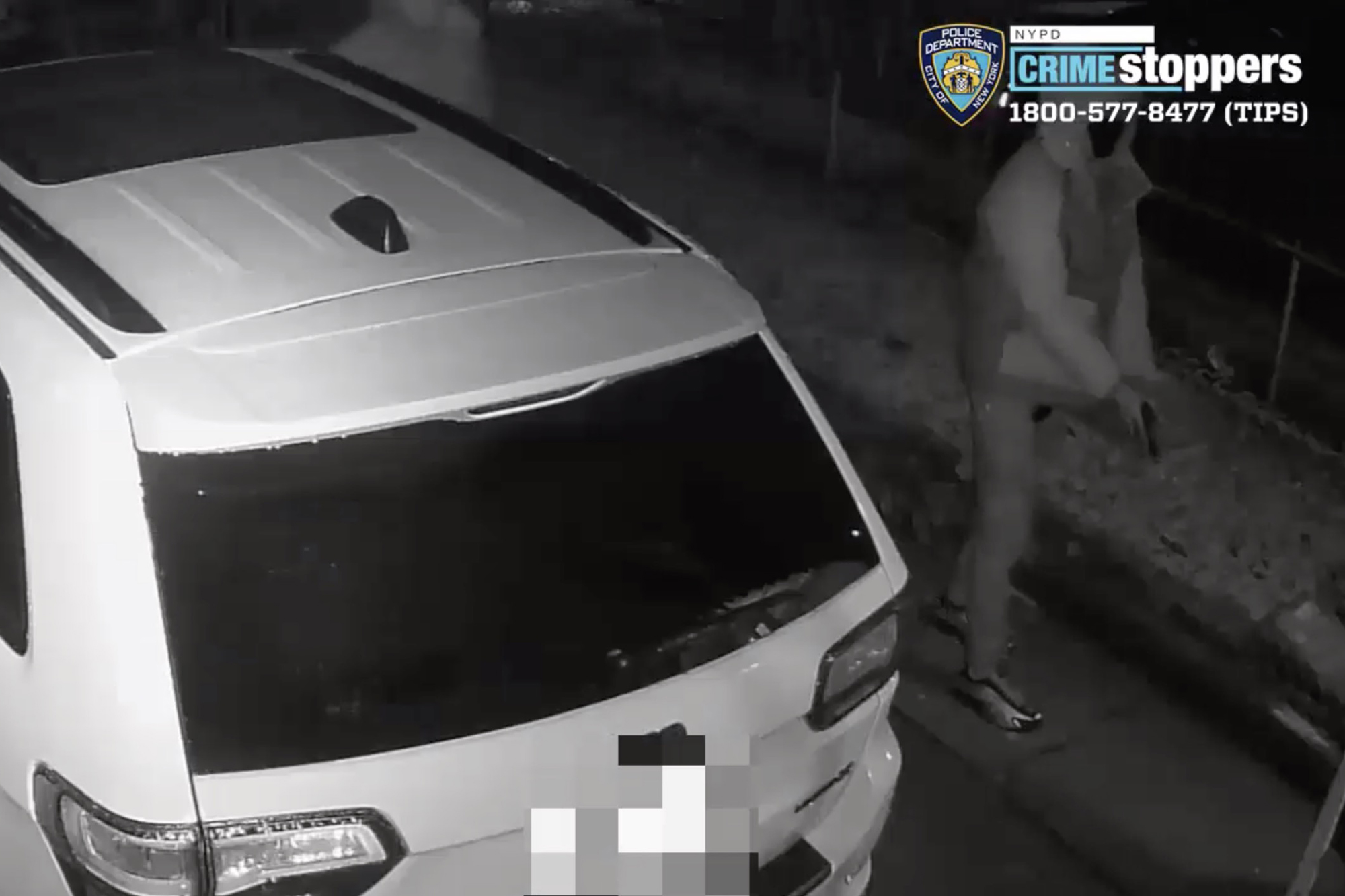 Armed crooks were caught on video forcing their way into a Bronx home — where they threw a 75-year-old woman on the ground and held her and two men at gunpoint before making off with $2,000, cops said Sunday.

The violent home invasion happened around 2 a.m. Wednesday in the area of Westchester Avenue and Mayflower Avenue in Pelham Bay, police said.

The gun-wielding duo first threatened a 27-year-old man who was standing outside the home and then forced their way through the door, cops said. A third suspect stayed outside and acted as a lookout.

Once inside, the pair of crooks threw the elderly woman to the ground, cops said. A 50-year-old man and a 24-year-old guy came running from the second floor when they heard the commotion but were also forced to the ground at gunpoint, cops said.

The robbers stole $2,000 in cash from the younger man’s third-floor apartment and fled in a late model Dodge Durango that was driven by the suspect who was acting as lookout, cops said. There were no injuries.

double-masking 'can do more harm'