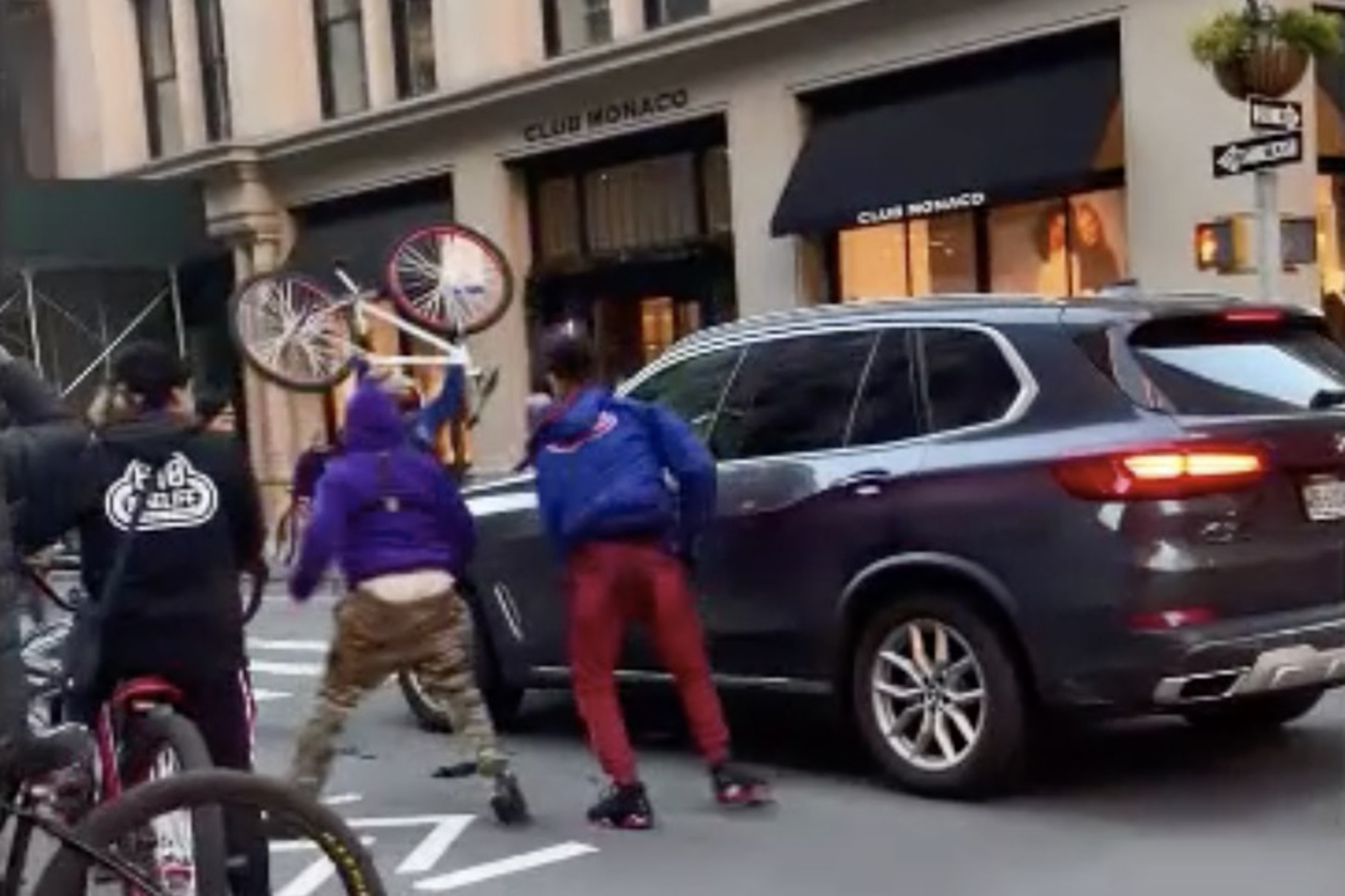 A proposed law is being introduced that would require mobile phone companies to help police respond to incidents like the gang of bicyclists who attacked a BMW driver and his elderly mom on Fifth Avenue last month.

The legislation, sponsored Thursday by Upper East Side Assemblywoman Rebecca Seawright, would compel wireless phone operators to immediately respond to law enforcement requests for location information from the phones of crime victims who are in jeopardy of death or physical harm.

She cited the example of the bikers swarming driver Mark Torgovnick and his frightened elderly mom, a passenger who did not know the precise location when she frantically called 911.

Seawright said the bill is based on similar legislation passed in 27 states and named after Kelsey Smith, an 18-year-old Kansas woman abducted and killed after a mobile telephone company took more than three days to provide police with the requested location information.

Some believed police could have saved Smith’s life if they could have gotten that information sooner.

At the time, cell-phone service firms generally provided information to the phone subscriber upon request. But citing privacy rights, law enforcement authorities could not get the locations from a wireless phone company without first obtaining a court order, which takes time.

Smith’s murder led to the creation of the Kelsey Smith Act, a law that states in essence that cell-phone companies can ping a phone if authorities determine that the subscriber is in danger. Most US states have passed the law, and Congress is debating federalizing it.

“Passing the Kelsey Smith Act will save lives. In an abduction or an emergency, law enforcement must act quickly, which is why we need wireless carriers to cooperate,” the assemblywoman said.

“Passing the Kelsey Smith Act in New York would have enabled police to respond more immediately to the plight of a Max Torgovnick of Manhattan and his elderly mother who were attacked in their car last month by a marauding gang of teenage bikers on Fifth Ave,” Seawright said.

How dare ESPN’s A-Rod compare himself to Hank Aaron

Sweden warns of first lockdown amid surge in COVID-19 cases