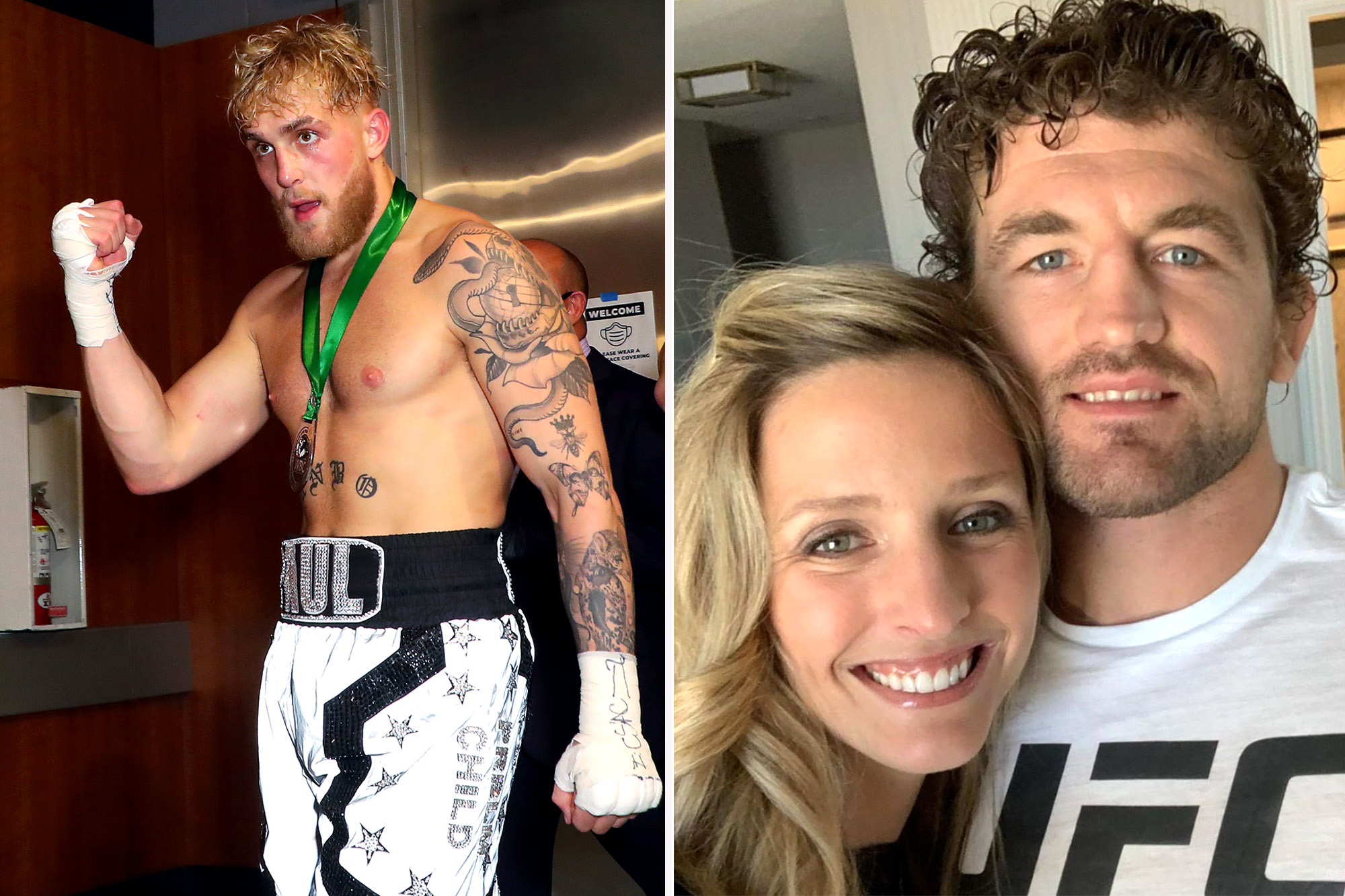 Jake Paul has a new target and the same disturbing tactics.

The Youtube star is fighting UFC veteran Ben Askren in his next boxing match, scheduled for April 17. As Paul did when he tried to entice Conor McGregor into the ring, Paul has involved Askren’s significant other.

The question was posed after Helwani noted that Paul only followed Askren’s wife, Amy, and Triller, the PPV provider that puts on Paul’s fights, on Instagram.

Ben Askren, who is 19-2 in his MMA career, took the bizarre compliment in stride. As did Amy, who posted a photo of her mini-van on Instagram with the caption, “thicc lady whip.”

Paul mocked McGregor’s fiancee, Dee Devlin, recently when he was trying to push McGregor into a boxing match.

“What the f–k is up you Irish c–t,” Paul said in an obnoxious Instagram post. “Good morning, Conor McGregor — I know you’re probably beating up old dudes in a bar right now, or maybe you’re jacking off because you’re sick of f–king your wife.

“I mean, she’s a four, Conor — you could do a lot better. Our team sent you a $50 million offer this morning … the biggest fight offer you’ve ever been offered, but you’re scared to fight me, Conor.”

Paul gave up on the McGregor fight shortly before the Irishman’s UFC 257 loss to Dustin Poirier on Saturday night.

“I wanted to piss him off. You know? I wanted to make a lot of noise, and I wanted it to become personal right away because I truly believe I can beat Conor McGregor,” Paul, who pummeled ex-Knick Nate Robinson in his most recent fight, rationalized in the same ESPN interview.

“And people don’t want to watch a fight where everyone’s going in there being like, ‘Hey, buddy, good luck tomorrow! That’s not the type of fighter I am. If we’re going to go into a fight, no like, I’m going to destroy you, and anyone you’re affiliated with is a part of the wrath and can be attacked.”