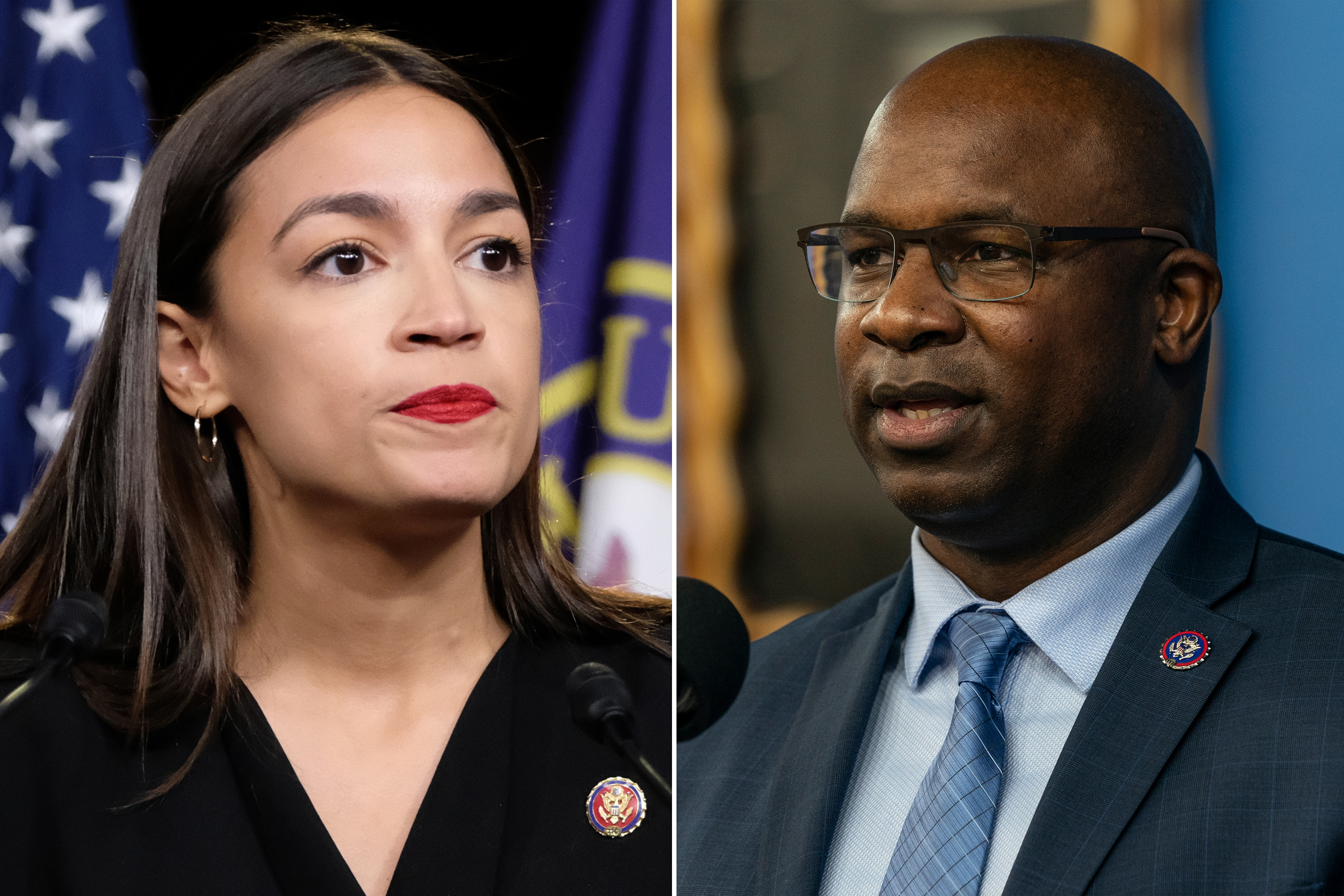 AOC and Bowman, both Democratic Socialists representing Big Apple districts in DC, are backing a growing progressive insurgency in the Democratic-run state legislature to pressure Gov. Andrew Cuomo into agreeing to tax hikes.

They will speak of their support for “The Invest in Our New York Act” Act at a 4 p.m. press conference Thursday in The Bronx.

Their allies in the New York branch of the Democratic Socialists of America are key partners in the tax the rich campaign.

Like Ocasio-Cortez, Bowman, a former Bronx middle school principal, shocked the political world last year by trouncing a long-time Democratic incumbent Rep. Eliot Engel as a lefty insurgent in the 2020 Democratic primary. He has joined “The Squad” of like-minded progressives in the House of Representatives, which includes AOC.

The package the duo backs includes six bills that supporters claim would raise more than $50 billion including: higher progressive income taxes on the wealthy, $15 billion; taxes on capital gains investments like stocks, raising $7 billion;: boosting the Estate/Inheritance taxes, by $8 billion; a separate wealth tax on billionaires’ assets, $23 billion; and a “Wall Street Tax” on financial transactions, raising at least $12 billion.

Cuomo, who plans on running for a fourth-term next year, says he prefers not to raise taxes because it could scare wealthy taxpayers to leave the state. Instead, he’s banking on President Biden and the Democratic-led Congress, which includes Senate Majority Leader Chuck Schumer, to deliver $15 billion in federal COVID-19 aid to the state to protect vital services and make tax hikes unnecessary.

“New York will raise taxes on the wealthy if it cares about every New Yorker recovering from this pandemic. If we do not equitably raise revenue, the message will clearly be that the leaders of this state have not prioritized New Yorkers during their darkest hour,” said state Sen. Alessandra Biaggi (D-Bronx).

“Billionaires and millionaires in our State have gotten richer during the COVID-19 pandemic while many working-class New Yorkers are struggling daily to get by,” said state Sen. Gustavo Rivera (D-Bronx).

“Implementing austerity measures in the middle of a crisis of this magnitude will only bring further suffering and will move us away from providing much needed relief to working-class New Yorkers.”