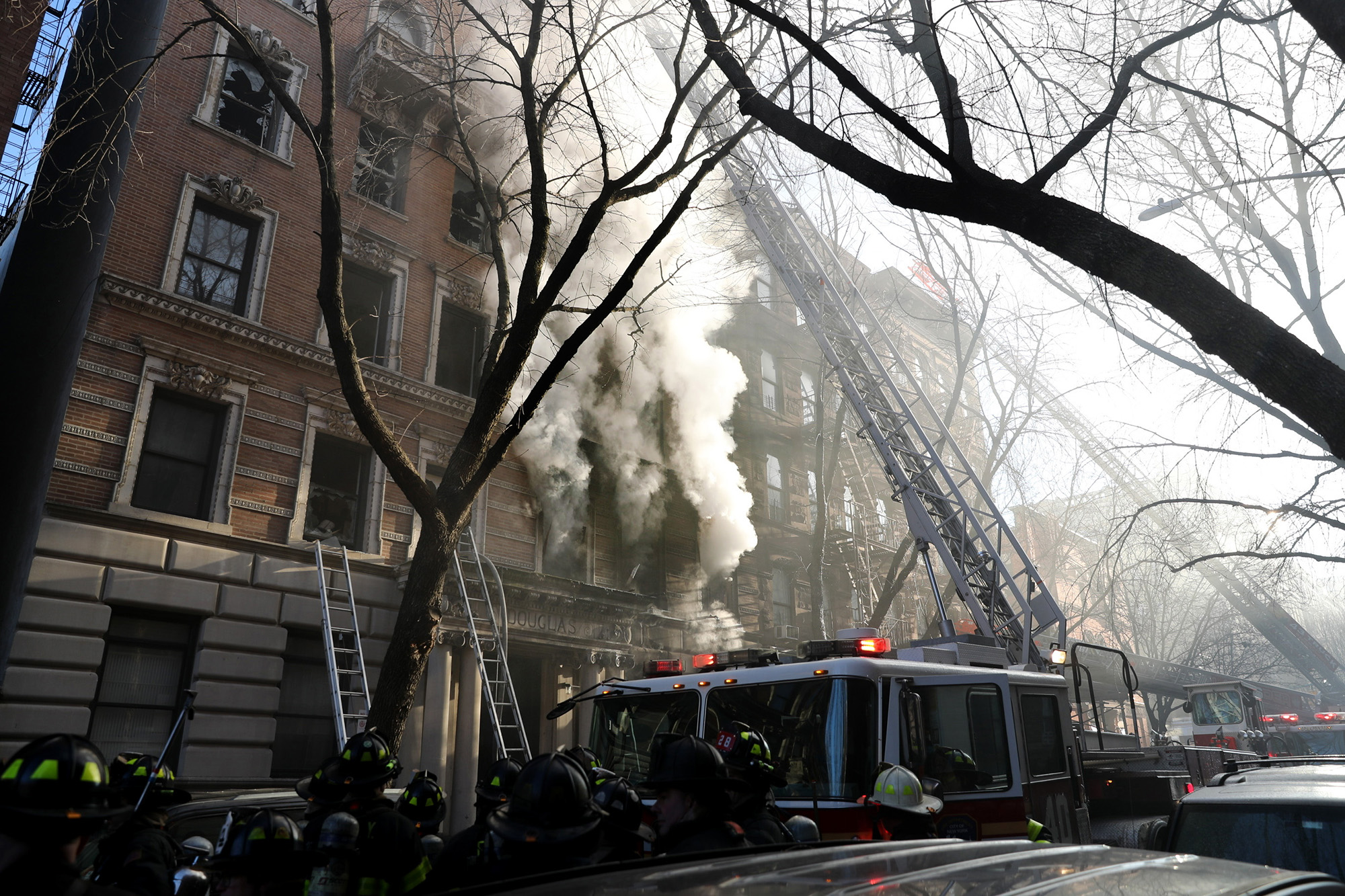 The blaze erupted on the first floor of the six-story building at West 115th Street, near Morningside Park, around 7:30 a.m. and spread to the second floor, the FDNY said.

Flames shot out of the windows as 39 units and 200 fire and EMS personnel braved frigid temps battling the four-alarm blaze, the FDNY said.

“Our first units arrived in four minutes. Upon arrival, they had an advanced fire on the first floor of a six-story multiple dwelling. The fire quickly extended to all floors all the way up to the top floor …. Firefighters operated as usual with great determination, it took a while to extinguish this fire, but they did a great job,” FDNY Chief of Fire Operations Thomas Richardson said from the scene.

The fire was reported under control around 10:10 a.m. There were no fire-related injuries, officials said.

The cause of the fire is under investigation, the FDNY said.

The six-story structure was build in 1903 and has 18 units, according to streeteasy.com.